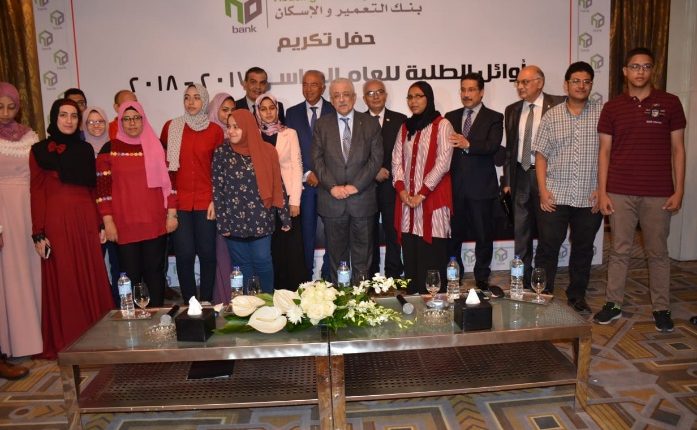 The Small and Medium Enterprises (SMEs) loans portfolio at the Housing and Development Bank (HDB) has reached EGP 2.2bn by the end of the first half (H1) of this year, according to Fathy El-Sebai, chairperson and managing director (MD) of the bank.

He revealed the bank’s intention to pump EGP 400m to finance SMEs in the coming period.

According to El-Sebai, the HDB has played an important role in financing development projects, in line with the state’s policy to support the entrepreneur sector as well as SMEs, and to provide financial and technical support for their projects.

The HDB was one of the pioneering banks which responded to the initiative launched by the Central Bank of Egypt (CBE) in 2016, demanding the support of SMEs at the lowest interest rates, with the most convenient possible procedures, which would contribute to reducing unemployment, and improving household incomes, as well as positively affecting the national economy’s development, explained the bank’s MD.

“The Housing and Development Bank has signed a cooperation protocol with the Damietta Furniture Company to finance small clients’ projects in Damietta for furniture, machinery, equipment and production supplies. This will contribute to the development of the Egyptian furniture industry in the governorate, which manufactures 48% of total furniture in Egypt, and exports 70% of total furniture exports,” El-Sebai elaborated.

In addition, HDB also signed a protocol with the Ministry of Local Development, along with four other local banks, to activate the national community, human and local development, ‘Mashro’ak’ (your project), to provide financial support to SMEs, as well as encouragement, and provide employment opportunities for everyone, as well as to raise the standard of living and enliven local industry, seeing as the project covers all of Egypt’s governorates of Egypt, remarked HDB’s chairperson.

“The Housing and Development Bank has allocated EGP 30m to participate in all social support areas, especially health and education, which interest the bank significantly. This figure rose by EGP 10m from 2017,” El-Sebai indicated.

The bank’s MD pointed out that since the bank’s establishment in 1979,  has committed itself towards contributing to support and provide adequate housing for all segments of society at prices and regulations commensurate with all income levels, through its contribution to the National Housing Project, which aims to develop housing units in new cities to accommodate low-income citizens. Moreover, HDB contributes in all social institution and association development projects.

El-Sebai stressed that the bank’s contribution towards community development supports the national economy, and brings forth positive results in the sustainable development system.

Notably,  HDB has contributed extensively the health sector, and participated in funding the infrastructure of Abu El-Rish Hospital for Children; Ahl Misr Hospital; supported the elimination of waiting lists initiative; supported the Magdy Yaqoub Heart Foundation; developed up a mobile children’s dental clinic in cooperation with the British University in Egypt, and contributed to support the Neda Association for the Rehabilitation of Deaf and Hearing Impaired Children, declared El-Sebai.

He added further that since the bank’s inception, it has adopted a clear plan and strategy to spread a culture of ‘saving money’ among children of various ages, through creating a package of savings offers for children and youth with several benefits, and periodic prizes encouraging them to save.

“Since 2015, the bank has adopted a programme to honour students excelling in secondary school, technical education, blind students, and elementary school students around Egypt,” El-Sebai mentioned.

Sports also occupied part of the bank’s corporate social responsibility strategy, as HDB is keen to sponsor many sports activities and competitions, pointed out El-Sebai pointed. Moreover, The bank did not ignore the cultural aspect of its social responsibility as it believes in the importance of culture and art in the development of societies as they enhance and improve communal mental and moral levels en masse, announced El-Sebai.

“In addition to the bank’s community role, we facilitate customer procedures who also want to participate in community development, as for example in 2010, when the HDB set up a charity repository called the Current Charity Certificate, after obtaining the approval from the Egyptian Iftaa House,” added the bank’s MD.

El-Sebai explained that through this charity, the client authorises the bank to use the certificate proceeds for the ongoing charity purposes, and financing charity through safe and legitimate channels, under the bank’s responsibility.

Over and above, the HDB opened accounts to receive donations to fund the activities of many charities, especially those which sponsor orphans, and people with special needs, beside to its ATMs advovating donations using cards.

El-Sebai further stressed that the HDB is always looking for more active participation in society, as its core belief is that community development and concern towards providing a decent life for its members is the first step for developed nations to succeed.

Egypt’s Mashro’ak provides EGP 14.6bn in finances to 150,000 SMEs since its founding

Five easy ways to apply for credit cards around world