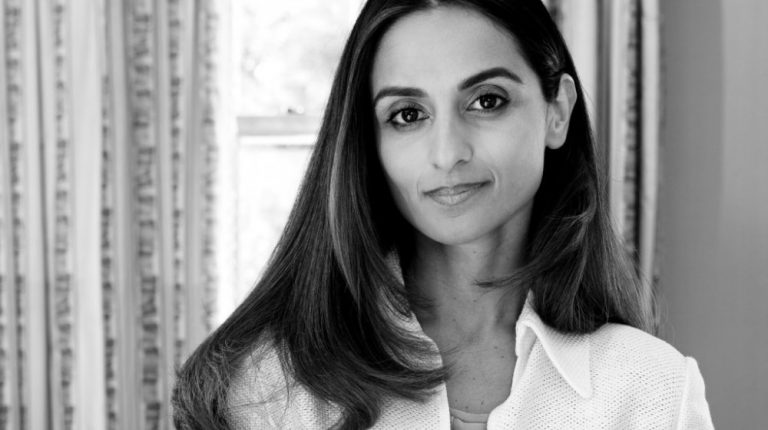 Many women around the world and currently in Egypt especially, have proven themselves as successful entrepreneurs. The number of women globally that are starting up their own businesses is increasing daily. However, women still face several obstacles in the workplace and elsewhere.

Hence, Daily News Egypt interviewed Farzana Baduel, founder and CEO of Curzon PR, and Co-Chair of TiE Women, to learn more about her journey as an entrepreneur, the obstacles she faced, in addition to her evaluation of the status of the female entrepreneurs in Egypt.

Tell us when and how your journey with Curzon PR started and where the idea came from?

My love for public relations (PR) developed during my work in the political arena, specifically when I was vice chair of business relations for the British Conservative Party. Working for a political party provides one of the most challenging environments, and drove me to understand the importance of managing, measuring, and influencing public perception. It stimulated a deep curiosity in me about the value, and impact that professional PR has, to influence and persuade.

My time with the Conservatives inspired me to devote my career to understanding and mastering the art of public relations, so I founded Curzon PR in December 2009. At the time, I had a one-year-old daughter and it gave me the flexibility to create a schedule which allowed me to be both a mother and an entrepreneur.

What are the obstacles that you faced in your journey with Curzon PR?

The largest initial obstacle I faced was my lack of experience in specific sectors, which sometimes hindered our ability to win clients. To overcome this, we developed a portfolio of case studies in the early years of the business, and now we have extensive experience across the corporate, government, and arts and culture sectors which are our core specialisms.

My current challenge is team resource planning. Most projects we work on are strategic, accompanied by tactical services, so it is essential that we have a balanced team working across each client and every campaign.

Assembling the right team members to ensure we always deliver optimal service is a fine art.

You are always known as a passionate advocate of equal opportunity within the workplace. In your opinion, what are the challenges that women still face in Egypt, either in workplace or outside it?

I have never worked or lived in Egypt, so I do not have a first-hand experience of the challenges that Egyptian women face in or outside the workplace. My perception has been largely shaped by the media coverage during the Arab Spring. That period was characterised by stories of sexual harassment and patriarchal prejudices. I’m unable to discern how much of that is true – and how much is exaggerated. My personal experience is that there are great examples of successful women in Egypt, and many pioneers in generating equal opportunities for women.

In depth, tell us more about the services of the TiE Women?

TiE Women is an international network of entrepreneurs, with chapters around the world providing resources to empower women. I co-founded TiE Women, gathering professionals in London at events with topics and themes relevant to female entrepreneurs. These meetings have turned into a vibrant community where women swap ideas, network, and encourage and inspire one another.

What are the problems that face female entrepreneurs in Egypt and what are your suggestions to overcome them?

A large stumbling block to female entrepreneurs around the world is the unconscious bias that exists amongst the finance community – including angel investors, venture capitalists, and the world of private equity. This creates a major obstacle to women who want to start businesses. Statistics show that it is easier for men to raise finance for their businesses in the start-up and expansion process, putting women at a clear disadvantage during the initial stages of business development.

A second challenge faced by women in Egypt and the West is that they often share greater responsibility for childcare and housework than their husbands. This naturally leaves them at a disadvantage in having reduced time and energy to devote to the set-up and running of a business.

The third key challenge is the lack of female role models, particularly businesswomen. It is crucial that young girls growing up have visibility of successful women across the spectrum, to empower them to explore the different avenues available, and to make informed choices about their careers.

What is your advice for new entrepreneurs?

It is crucial to carry out research in order to increase your knowledge and understanding of a market, in order to be successful in your business development activities. It is also important to provide a specialised and differentiated offering, which will drive profitability. Understanding who else is in the market, their unique positioning, and how you establish sustainable competitive advantage is key to ascertaining how you can bring something distinct and compelling to consumers.

What do you think are the differences between male and female entrepreneurs?

There is one stark and shocking difference: male entrepreneurs have increased ability to finance their businesses, because they are more likely to have earned more than their female colleagues. They also have fewer domestic responsibilities and duties. These two factors create a gulf between the ability of men and women to get a business off the ground.

The deficit in female entrepreneurs is also explored in the world of psychology. Dr Jordan Peterson, a Canadian professor, is an expert on the character differences between men and women. One of his observations is that women are more likely to be ‘agreeable’ than men. He believes that women’s tendency to follow rather than lead is a trait stifling career progression. The perceived differences in leadership abilities between men and women forms an interesting debate on whether the gap is based on gender conditioning in society, or on psychological differences.

How do you evaluate the status of female entrepreneurs today? Are they successful?

Evidence shows that there is still a gender pay gap, and that there is a long way to go to ensure genuine equality of opportunity. Having said that, I believe that women are disproportionately successful, in light of the many hindrances they face.

Can you tell us about your contribution to the book #FuturePRoof, on the business case for diversity, and the message you sent through this chapter?

#FuturePRoof is the brilliant idea of the current president of the Chartered Institute of Public Relations, Sarah Hall.

She crowdsourced expert content from leading PR practitioners, asking each one to contribute a chapter about an issue they were particularly passionate about and had expertise in. I contributed a chapter on the business case for diversity, as I believe that diversity and inclusion across all areas breeds better thinking and offers unique perspectives. This is not just an ethical goal, but there are also strong commercial reasons why companies should prioritise developing diversity and inclusion policies and practices.

You have received numerous awards. Which are you most proud of, and why?

I have been incredibly grateful and excited to receive all of the awards I have won. However, being recognised as Media Professional of the Year at The Asian Business Awards in 2014 moved me the most, because it was the first time I had received public recognition for my efforts. This was a great feeling, as it can be a very lonely and self-critical journey being an entrepreneur, and the constant juggling of multiple tasks and issues can sometimes feel like you are taking one step forward and two steps back.

Finally, what are your aspirations?

My current aspiration is to complete and publish the book I am writing on PR and personal branding. Ironically, PR has not been able to communicate its importance in society outside of the industry, and so I would like to write more books expressing my passion for PR, so that readers outside of our arena develop a better understanding of the profession.

entrepreneurship centre, The Foundry. I mentor aspiring young entrepreneurs and meet with them every month. It is incredibly inspiring and energising to work with talented people who will be the leaders of tomorrow – and I learn from them as much as I hope they learn from me.

My vision for Curzon PR is to continue in my quest to build a strategic communication consultancy that balances the needs of its clients and the talent within its team.

Business View recognises Lamia Kamel as 2020 Businesswoman of the Year