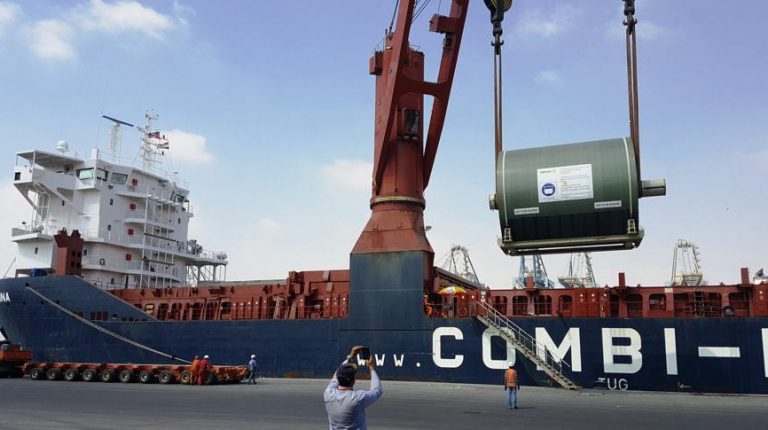 Omega Shipping company for international cargo aims to increase the volume of its business by 54% this year, as a result of the improvement of services on all marine lines to all countries of the world.

Fayez Diab, the chairperson of the company, said that his company has managed to increase the rates of its business during the first half of this year despite the decline in agricultural exports during the same period.

He pointed out that the company has managed to attract new customers to the markets of Russia, Europe, and East Asia, which eventually managed to increase the growth of its business. It is currently seeking to achieve a 54% growth by the end of this year.

He stressed the importance of participating in specialised international exhibitions, whether for shipping companies or exports, because they provide a change to meet new customers in these markets, such as the market of Russia, which consumes large amounts of agricultural products and accommodate even larger amounts and the Egyptian product has a competitive advantage and a good reputation in that market.

He attributed the decline of agricultural products exports during the first half of 2018 to the poor production of summer crops, especially fruits, attributing the growth of the company’s business to developing its services and following up the progress of containers from the moment they leave their place of export to the foreign importer.

Meanwhile, the company provides shipping services to all countries of the world, and mainly relies on land shipping, in conjunction with the inclination of many Egyptian companies to open new markets in the markets of East Asia, Europe, and Latin America, he added, elaborating that the company mainly focuses on shipping agricultural crops in addition to dry products.

He noted that the largest proportion of the company’s business is focused in the markets of Europe, Russia, South East Asia, and Gulf countries. It is available for all countries of the world, especially, with the trade wars and the events happening in the international economy in addition to the change of the export map, all of which pushed the company to look for alternative markets for its products to divide risks between markets.

Regarding the challenges of shipping Egyptian products to the countries of the world, he noted that the increase in internal transport expenditures, as well as shipping, energy and roads are all obstacle before Egyptian exports, especially, that there has been an increase in them over the past three years by more than 100%.

On the other hand, he pointed out the importance of developing the formatting of internal transport and the operations of unloading the trucks that enter ports to help ships exit quickly and make more space for new ships to enter berths instead of causing stacking of vessels. All of this reduces costs, hence, reduces the price of the final product.

He pointed out that companies have faced a major problem in transportation and increase of prices last year as a result of this congestion and the absence of empties to transport containers into ports, in addition to the high cost of transport.

Furtherly, he stressed the importance of coordinating between shipping lines and the port authority to speed up the process of preparing containers and make sure that there are no errors, whereby companies avoid any unpleasant surprises.