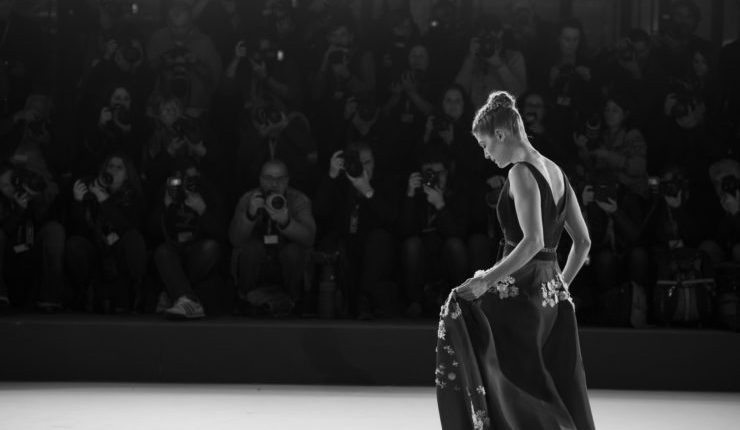 The 13th edition of the Rome Film Fest (Festa del Cinema di Roma) concluded on 28 October under the artistic direction of Antonio Monda. The event was produced by Fondazione Cinema per Roma headed by Laura Delli Colli with Francesca Via as General Director. The Auditorium Parco della Musica has been the nerve centre of the event, hosting screenings and the red carpet.

As usual, Rome Film Fest got the rest of the city involved, with numerous venues both downtown and in the outskirts.

“I am particularly delighted to announce the brisk pre-sales for the Rome Film Fest events, which amounted to an 8% increase in ticket sales. This already represents recognition of the superb quality of the films on the lineup and the high profile of film personalities who have chosen to take part in the festival even when not here to promote a particular film,” Monda said.

Considering the extraordinary demand, the festival offered a second chance to see Martin Scorsese, who met the audience before the screening of St. Michael Had a Rooster in the fourth day of the event.

Following the success of its pre-opening screening, the 1938 – Quando scoprimmo di non essere più italiani by Pietro Suber was screened on 21 October.

On 18 October, Bad Times at the El Royale, the second film by Drew Goddard – who wrote Cloverfield and the Oscar nominated film The Martian, created the Netflix series Daredevil and directed The Cabin in the Woods – is a mystery thriller: seven strangers, each with a secret to bury, meet at Lake Tahoe’s El Royale, a rundown hotel with a dark past on the border between California and Nevada. Over the course of the fateful night they meet, each of them will have a last shot at redemption. The director and the film’s young star, Cailee Spaeny, will attend the premiere.

Two exhibitions were unveiled at the Auditorium Parco della Musica. Three Minutes by photographer Riccardo Ghilardi, at the Foyer Sala Sinopoli and Foyer Sala Petrassi, whose passionate eyes guided the audience through a journey punctuated with the most well-known faces of cinema stars. The exhibition caught them in those iconic locations that year after year showcase the dream factory of cinema: Cannes, Venice, Berlin, and Los Angeles, home of the Academy Awards and the Golden Globes, as well as Toronto, Rome, New York, and many more.

The exhibition featured 50 portraits that Ghilardi shot during his career travelling across international film festivals as a portrait photographer for the international agency Contour by Getty Images.

This year, as part of the project promoted by the Presidency of the Council of Ministers’ Department for Equal Opportunities aimed at preventing and halting violence against women, Rome Film Fest devoted special attention to this issue.

The Riso Amaro exhibition featured a selection of works by illustrators, graphic artists, and humourists from around the world. The title of the show is borrowed from the title of the 1949 film by Giuseppe De Santis which portrayed the harsh conditions of the women labour in Italy’s rice paddies, with the main character being victim of a rape.

The exhibition wielded the arms of creativity and satire to tackle an issue of utmost importance and currently the subject of heated debate, in the belief that satire, in the form of graphic art, can play a key role in generating discussion and exposing abuse, representing a genuine manifesto that says, “Violence against women: never again”.

The exhibition organised by Associazione Culturale Festival Grafico is curated by Julio Lubetkin, assisted by arts consultant Marilena Nardi at the Cinema Village.

The short film Con te o senza di te has been announced as the winner of “Cuori al buio”, a competition organised by Fondazione Cinema per Roma as part of the project promoted by the Presidency of the Council of Ministers’ Department for Equal Opportunities aimed at preventing and halting violence against women.

The video art and computer generated images by Gianluca Abbate and Virginia Eleuteri Serpieri, the voiceover by Pino Calabrese, and the text taken from news stories are all skillfully combined in this three-minute short directed by Angela Prudenzi to convey to viewers the perception of danger, the emotional dysfunctions and the indignation for the helpless victims in a sort of compressed, visionary puzzle made up of a fractured fairy tale, hallucinations, the fragility of innocence and the irreversibility of evil.

The winning short was chosen over more than 50 entries by a jury composed of Roberto Andò and Ida Dominijanni, and chaired by Maria Pia Calzone.

This edition of the festival was attended by star Cate Blanchett, who is also the star of Eli Roth’s new film, The House with a Clock in Its Walls, which was screened in the festival.

Ether film by Krzysztof Zanussi was also screened, and is the story of a doctor at the beginning of the 20th century, somewhere in the outskirts of the Russian Empire. He is experimenting with ether to manage pain and manipulate human behavior, yet despite his evilness, it is not too late for his soul to be saved from eternal damnation.

During the Rome Film Fest, screenings commemorated the 75th anniversary of the round-up of Jews in the Roman ghetto, and the 80th of the racial laws.