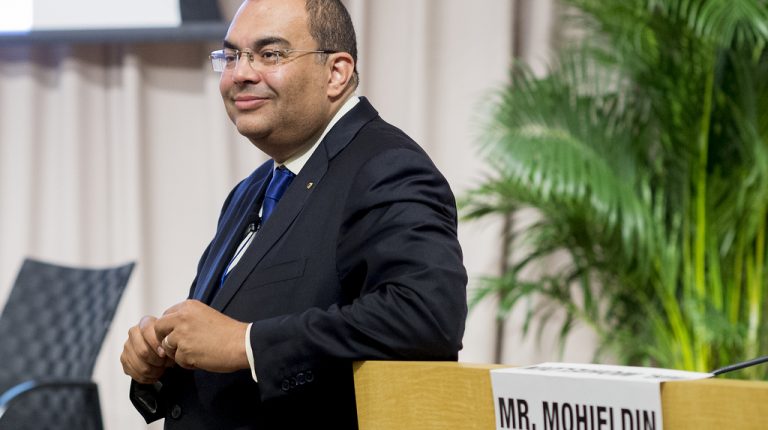 Egypt is a young state, which is a valuable asset and resource, if the government managed to exploit it, said Mahmoud Mohieldin, who is a senior vice president at the World Bank Group, responsible for the 2030 Development Agenda, UN Relations and Partnerships.

Mohieldin’s statements came during his session of the third edition of the Narrative PR Summit under the slogan of “Egypt’s Soft Power” on Sunday.

He explained that exploiting the youth’s potential and energy in the development process, is key adding, “Sustainable development plan, eradicating poverty, and improving education, are dependent on the start of implementation of a set of certain measures, and investments in infrastructure.”

“That way the average citizen can feel the impact of economic growth,” he said.

Economic measures’ success is conditional on choosing the precise time to implement them, he said, adding that clarifying the direction of economic policy direction to citizens and investors is an essential factor of success for emerging markets.

Moreover, Mohieldin explained that in order to positively impact the livelihood of average citizens, local development is a necessity, as there is a deviation between income across different governorates.

“Sustainable development, and the fight against poverty in different countries, requires investments in infrastructure, with public, and private funding, until reaching the targets agreed upon by the leaders of these countries,” he stressed.