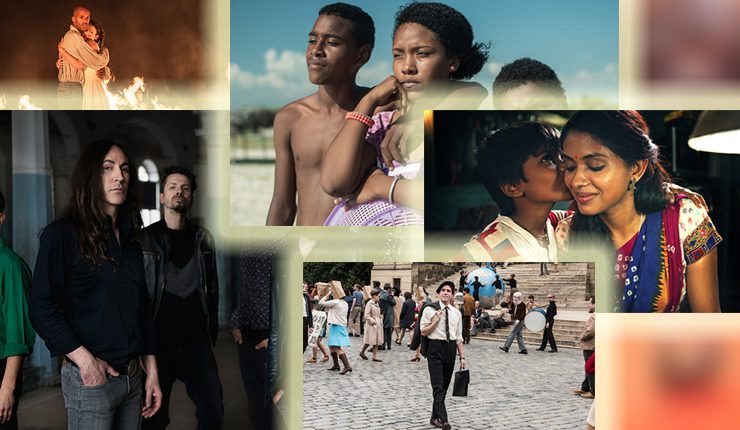 For the third year in a row, Rome Film Fest symbolically broke down the walls between city and penitentiary and returned to Rebibbia prison. From 24 to 26 October, inmates and public audience got their fill of a lineup of screenings and discussion panels at the auditorium of the Rebibbia prison’s New Annex.

On 24 October, the programme kicked off with a screening of La stoffa dei sogni by Gianfranco Cabiddu, with the director and actress Teresa Saponangelo in attendance. Prior to the screening, Cabiddu and actor Fabio Cavalli took the stage for a speech. The two filmmakers collaborated on the 2005 production of Shakespeare’s The Tempest, translated by playwright Eduardo de Filippo, starring actor-inmates who would go on to star in Caesar Must Die.

Another screening of Trek Point by Tommaso Cavallini saw the director and producer Giordano Baffari and the cast on hand for the event at Rebibbia. Before the screening, the Nomadi band, which scored the film, performed tracks from the film and their own repertoire.

On 26 October, the Taviani brothers’ film Caesar Must Die, winner of the Golden Bear at the 2012 Berlinale, was screened at Rebibbia in the very auditorium where the film starring a cast of inmates was made.