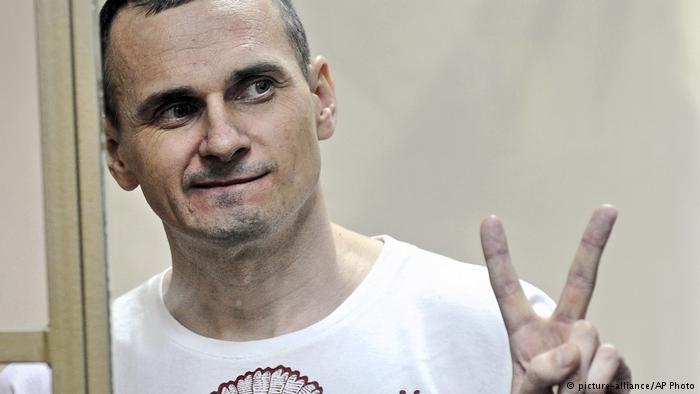 Ukrainian filmmaker and activist Oleg Sentsov has been awarded the European Parliament’s Sakharov Prize for Freedom of Thought.

The prize is awarded to individuals who have made an exceptional contribution to the fight for human rights across the globe, drawing attention to human rights violations and supporting the laureates and their cause

Sentsov is a Ukrainian film director. He was detained on 10 May 2014 in Simferopol, Crimea, and then was sentenced to 20 years in prison on charges of plotting terrorist acts against Russian ‘de facto’ rule in Crimea. Amnesty International described the court process as ‘an unfair trial before a military court’. In May, Sentsov went on hunger strike.

On 14 June, the European Parliament adopted a resolution on Russia, notably referring to the case of Ukrainian political prisoner Sentsov, and demanding that the Russian authorities immediately and unconditionally release Sentsov and all other illegally detained Ukrainian citizens in Russia and on the Crimean peninsula.

His conviction has become a powerful symbol of the fate of the approximately 70 Ukrainian citizens illegally arrested and convicted to long prison sentences by the Russian occupation forces in the Crimean peninsula after its annexation.