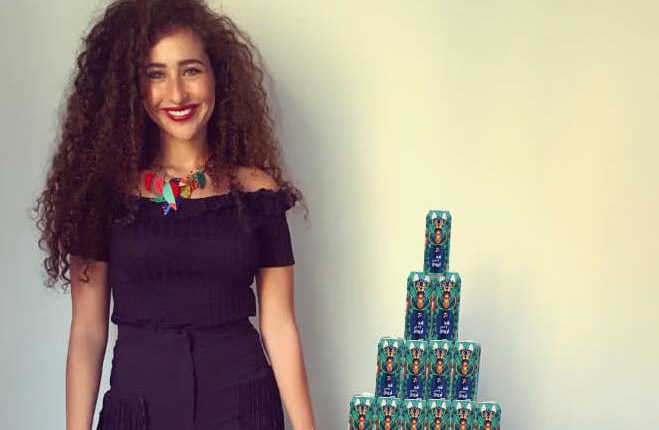 Based on Wali’s remarkable works, she was the only woman selected to represent Egyptian youth at the 2017 World Youth Forum in Sharm El-Sheikh’s opening ceremony, where she was honoured by President Abdel Fattah Al-Sisi, as the first Egyptian in the graphic design-visual communication field to receive recognition and award for her work.

Wali was selected among the 2017 Forbes “30 Under 30” list. The Society of Typographic Arts in Chicago perceived the young artist as one of the best 100 graphic designers in the world.

During her speech at the Sharm El-Sheikh conference, Wali highlighted the importance of visual communication in promoting world peace, and finding plausible solutions for the ongoing refugees’ dilemma.

“Graphic design does not only facilitate our lives, but can also change the fate of nations, because the effect of one picture can be stronger than that of words,” Wali stated.

Daily News Egypt interviewed Wali to learn more about her graphic design journey, the transcript for which is below, lightly edited for clarity:

Can you give briefly introduce yourself and how you started your career in graphic design?

Which graphic design direction or approach do you prefer?

There are many graphic design directions. I love to try different styles and approaches.

What obstacles did you face as a female designer at the beginning of your career?

Cairo is a male-dominated city. I face difficulties in leading teams that involve young men because they do not accept a female leader. Globally, you are automatically seen as ‘terrorist-danger’ being an Arab citizen. It is even worse for female Arabs. Women get through a million battles in Arab societies which they have to resolve before starting to focus on their careers. There are layers of gender inequality, peer pressure, religious and race conflicts. If a woman manages to get through these obstacles, only then can she be free to fight her own life battles. 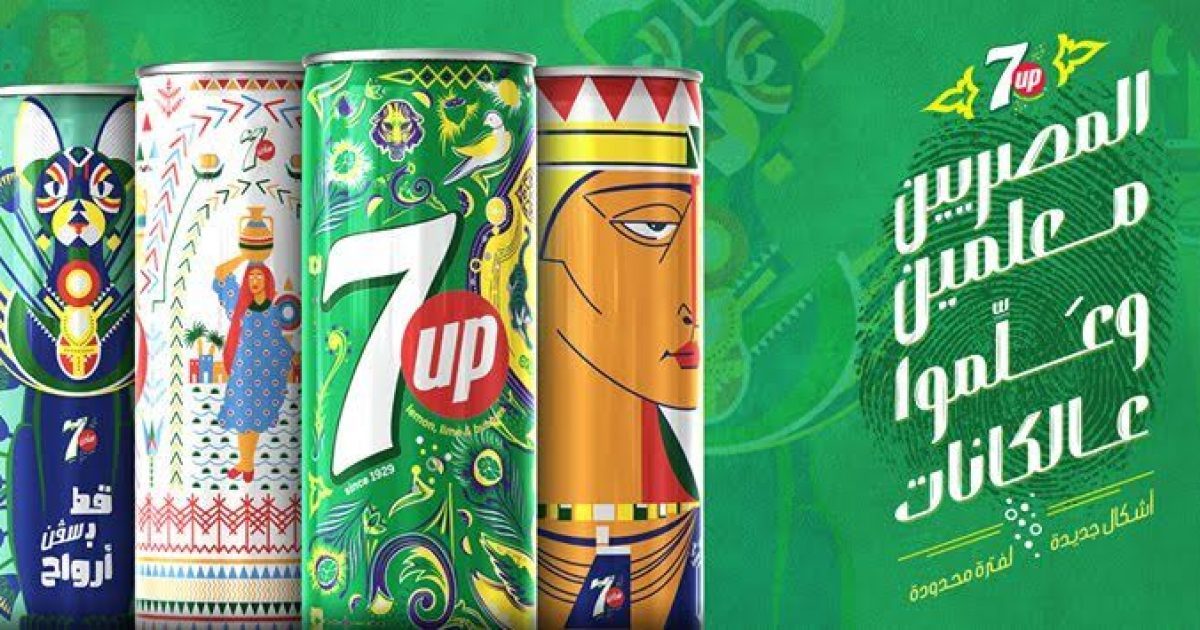 You were part of 7UP Egypt’s campaign, can you tell us more about it?

Each artwork has its own story, and I wanted to give customers a special experience in each 7UP tin inspired by our culture and history with a modern flavour. My design had a customised feel rather than a generic one, establishing a connection between the different designs of 7UP tins. This was a very challenging task, especially since I was restricted to a limited number of colours. I tried hundreds of colour combinations until I reached the final design that we see in the Egyptian market today.

It took many hours of research and scientific studies to come up with a powerful unique design.

I am influenced by the amazing Egyptian artist Hussein Bicar, and by cubist guru Pablo Picasso, and the Egyptian patterns collection in the Victoria and Albert Museum. I was also inspired by the Nubian culture and local truck drivers in Cairo, who are artists by nature. Inspiration has no distinctive limit. It can be extreme, complicated, simple, or generated from absolute infinite and unpredictable sources. All places, people, and things inspire me.

The 7UP campaign aimed to document the chronological graphical evolution of Egyptian visual culture. Each tin features a different era and illustration technique. 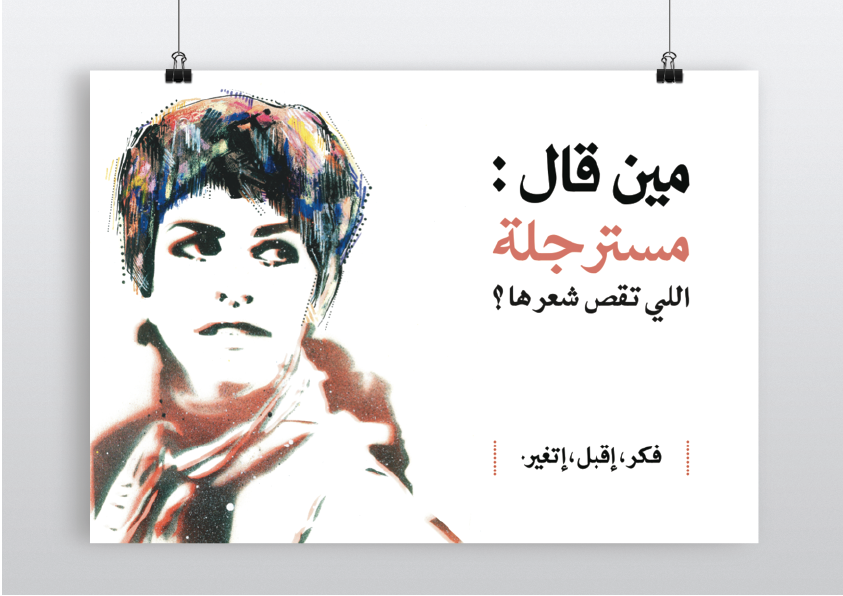 You were the youngest speaker in Sharm El-Sheikh, can you tell us about your experience there?

First of all, I was honoured to be part of this conference. It was the biggest youth event in Egypt, and it exceeded my expectations, not just in terms of topics and how well organised it was, but also the incredible number of Egyptian youths who for months dedicated their time and effort to deliver that enormous event.

I would like to thank them for inviting me, and giving me the chance to talk about my passion and graphic design. They made me feel like contributing to my country and career. I felt I was among my larger family.

It is incredible to discover how much we love this country, and have the continuous ability to keep falling in love over and over again. For me, this is the conference’s true essence.

You worked with several significant advertising companies inside and outside Egypt, and participated in over 360 advertising campaigns worldwide. How do you evaluate the status of female graphic designers now?

I am sure that there are many successful stories that did not make it to the public. If my work could truly inspire at least one person, this beats anything else that anyone can ever experience. 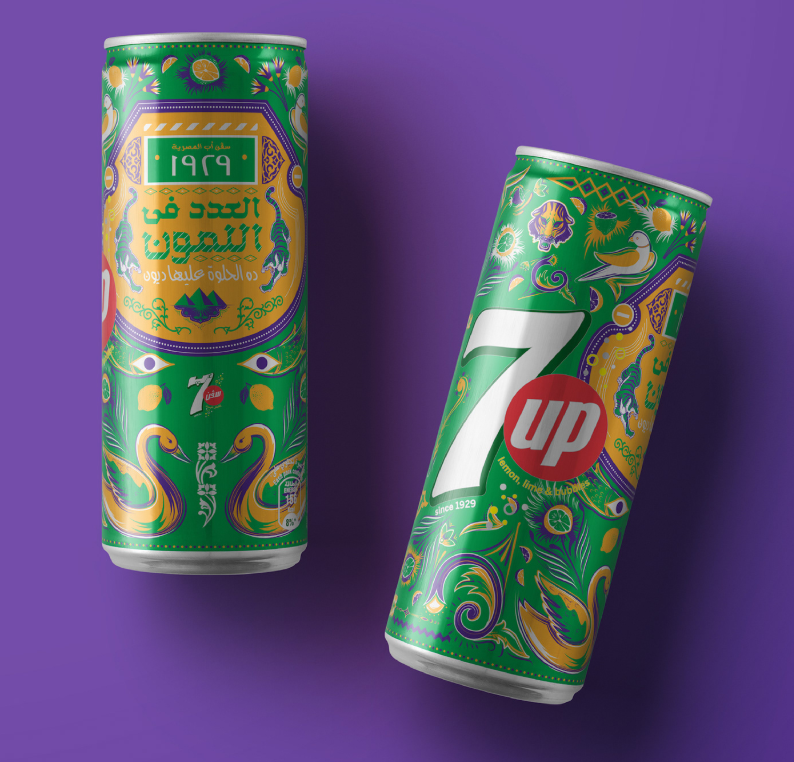 Forbes recently selected you among its “30 Under 30” list for 2017, and you were also named as one of the top 100 graphic designers in the world by the Chicago Art Society. What do these honours mean to you, and is there a hidden message in your work?

I always believe that those who do not have a history will not have a future. I create work that is relevant to who I am and where I come from. I have gained global recognition for the works that specifically celebrate my identity. My aim is to add Arab and Egyptian flavours in my work, and merge them with global trends. The Egyptian ancient civilisation has been abused with commercial clichés. A graphic designer’s role is fostering cultures, scripts, history, and finding innovative ways to preserve history while keeping up with modern trends. Exploiting historical civilisation with a contemporary approach is my objective, so our beautiful Egyptian and Arab identity can be proudly showcased to the world.

What are the main awards you received?

Jayda Hany on being a woman in a male-dominated industry