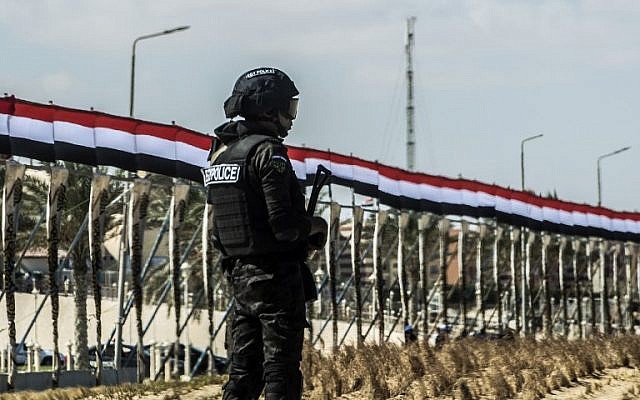 An important chapter in the ‘Al-Wahat shootout’ case began after the General Prosecution referred 43 defendants to the country’s Military Court on Monday, a year after the attack took place in October 2017, which claimed the life of 16 policemen.

The attack took place close to Al-Wahat Road, 135 km south of Cairo, in the Wahat Desert, in Egypt’s Western Desert, after the National Security Apparatus received information about a camp which allegedly hosted militants.

Most of the victims in the operation were members of the country’s highly trained National Security Apparatus.

As the ambush targeted the security patrol, militants took an officer hostage. However, the military conducted an air strike in coordination with the police, targeting and eliminating the rest of the perpetrators who escaped, and liberating the officer.

The defendants are accused of belonging to an outlawed militant group, targeting police and army personnel, attacking state institutions, and possessing unlicensed firearms and explosives.

Earlier this month, Libyan security forces arrested an Egyptian leading member of Al-Qaeda, affiliated with the Al-Murabiteen militant group, named Hesham Al-Ashmawi. He is suspected to have been behind several high-profile attacks against the Egyptian state, including a massacre of military personnel known as the Al-Farafra attack in 2014.