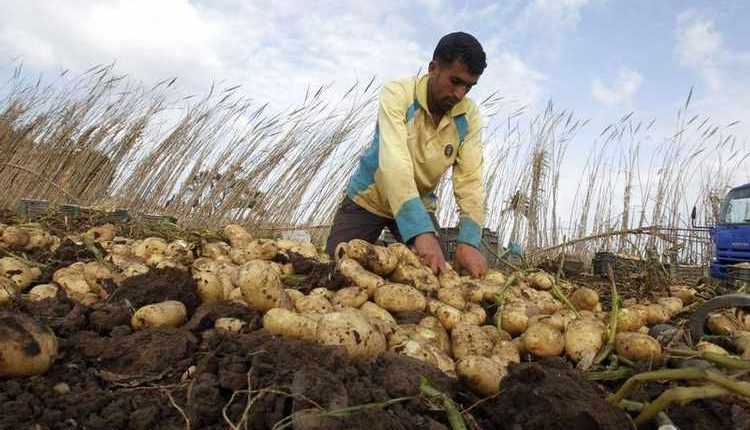 A scene repeated recently in Egypt, as dozens of people crowd around vegetable stands provided by the ministry of interior in several areas across the country to sell potatoes at reasonable prices after a severe shortage of the strategic crop that hit the local market.

Last week, the Egyptians were shocked with extraordinary hike in potato prices, jumping from EGP 5 to EGP 15 per kilo, to become one of the most expensive vegetable in the country. The interior ministry’s vegetables outlets sell potatoes for EGP 8 per kilo.

The price hike of potatoes followed a shocking shortage across the country. Potato traders were blamed for the crisis, after the government revealed that tonnes of potatoes were stored by the traders to sell them later at higher prices. 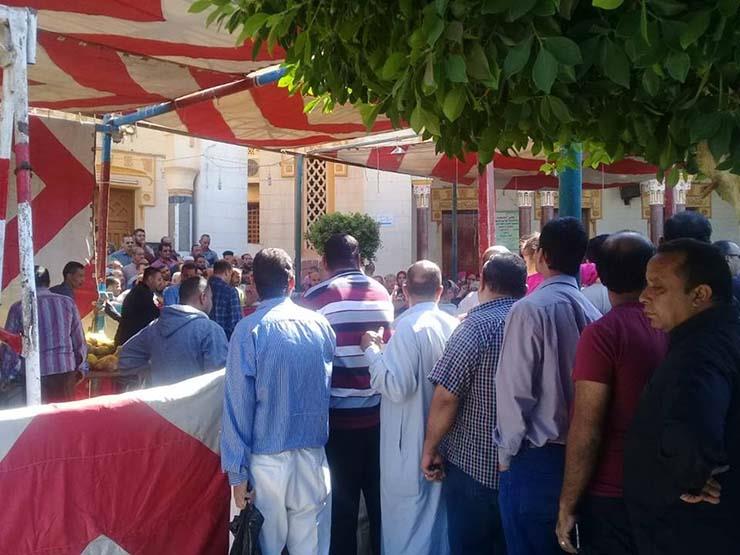 Meanwhile, the ministry of agriculture adopted strict measures to find reasons behind this shortage. The ministry carried out inspection campaigns nationwide, which resulted into discovering large amounts of potatoes stored in special refrigerators at several wholesale warehouses, head of the agriculture ministry’s central department of pest control Mamdouh El-Sebay said in a televised interview.

He revealed that traders buy potatoes from farmers for EGP 2 per kilo and sell them for more than EGP 10. “The ministry’s campaign found around 300 tonnes of potatoes at one of traders’ stores which he bought from a framer at EGP 2.5 per kilo,” El-Sebay said.

Deputy Head of the El-Obour Market Union Hatem Naguib said that wholesale prices declined by 30-40%, thanks to the supply and interior ministries, as well as civil society groups’ efforts. He added that traders should decrease their products’ profit margins to between 10 and 20%, to maintain affordable potatoes prices.

Potatoes, one of Egypt’s favoured vegetables

Seventeen governorates have planted potatoes in Egypt this season, therefore the coming potatoes supply in November will contribute to decreasing the prices, Naguib added.

Egypt normally plants potatoes in abundance and is known for its low prices compared to other vegetables. Egypt produces nearly 5m tonnes of potatoes annually, mostly for local consumption while only 850,000 tonnes are exported.

Potato is a highly consumed in the Egyptian household, due to its affordability.  Around 27.8% of Egypt’s population, which exceeds 100 million people, lives at or below the national poverty line, according to official figures.

Ezz El-Din Abo Stait, minister of agriculture, granted respite of a month and a half to potato traders to release their products in the market.

He said that it comes amid the ministry’s efforts to achieve food security for Egyptians, pointing out that this will lead to a breakthrough in the current crisis and reduce the potato prices in the local markets.

He also decided to form a committee in cooperation with the concerned authorities from the ministries of interior, supply, internal trade and local development to facilitate releasing potatoes that were stored in refrigerators, at the rate of 5% per day. The priority is given to official vegetable outlets that sell products at the common market price.

On social media networks, many complained of high prices, while others believed that the potatoes shortage resulted from the gap between the summer and winter agriculture seasons, hence it will not last for a long time.

Osama Khair El-Din, former president of the Union of Producers of Agricultural Crops, explained that potatoes are planted twice a year. The first crop is planted in winter and harvested in November, while the other is planted in May or June and stored in refrigerators for consumption in the summer until the end of October. 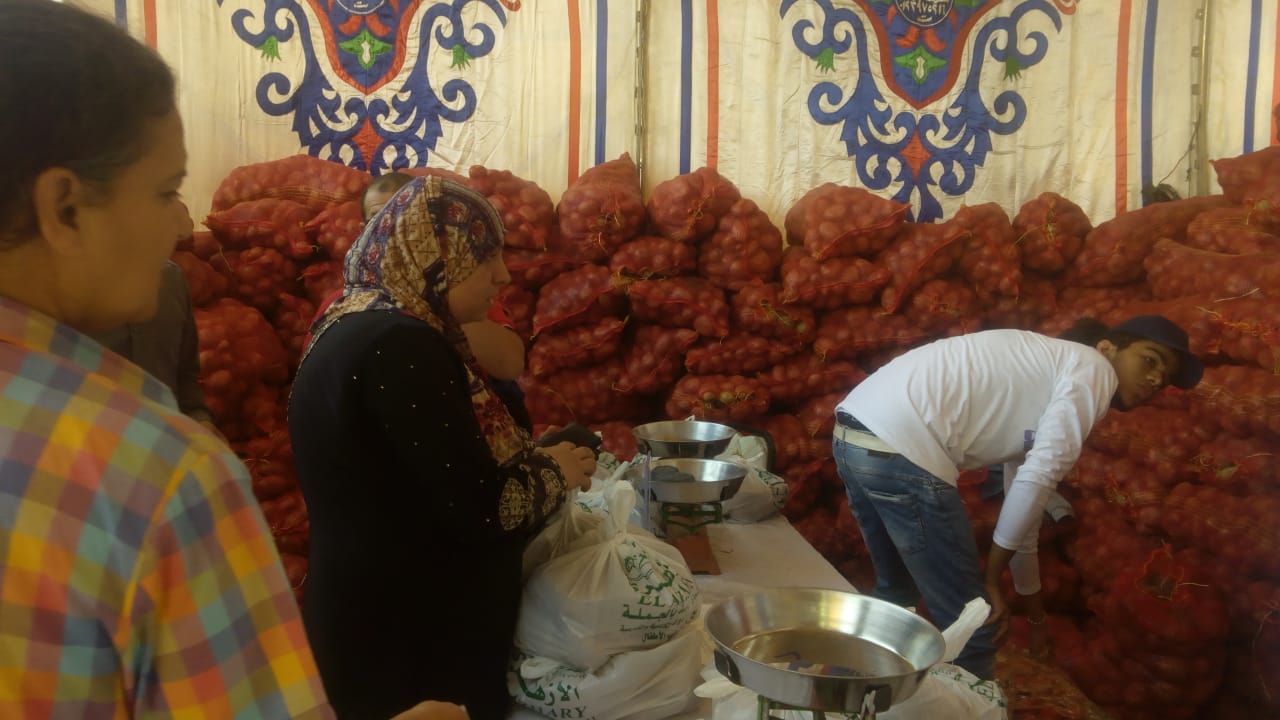 Mohamed Hesham Kheidr, deputy head of the Farmers Syndicate and owner of a refrigerator, said that he is not selling potatoes but just storing them for EGP 330 per tonne during the summer, therefore the increase in electricity prices affected the prices of potatoes.

He pointed out that the electricity prices reached EGP 2 up from EGP 1.45 per kw, not to mention the sales and value-added taxes. He noted that refrigerators are mostly used now to store potatoes for food industry companies.

However, wholesalers have had another explanation for the causes of the problem. Naguib said that the apparent potatoes shortage caused by retailers’ tendency to purchase potatoes from refrigerators and farmers at higher prices than those supplied to the wholesale markets, such as the Obour and 6th of October.

Potato prices at retailers reached EGP 10 per kilo, while in the Obour and 6th of October markets, the potatoes price reached EGP 8-9 per kilo, therefore the traders supply lower quantities to wholesale markets.

The prices in the wholesale market are also affected by the high costs of transportation and food losses, bringing its price to EGP 10 per kilo, and sold for EGP 12 per kilo to final consumers. 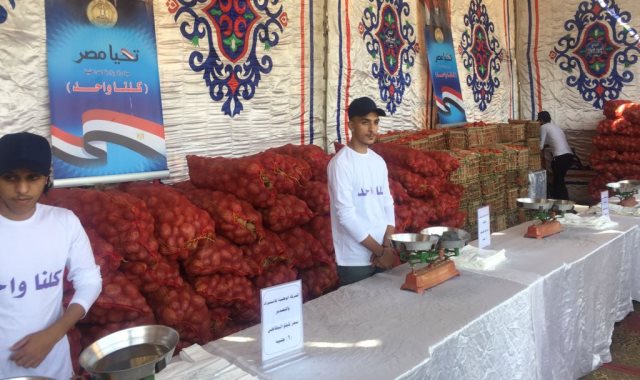 During the last year, prices hike of potatoes took its toll on the farmers’ livelihood, as the price did not exceed EGP 900 per tonne, which affected the selling rate of their crops, Emad Abu Hussein, head of the Farmers Syndicate, said.

Egypt’s inflation jumped to 15.4% in September, an increase of more than 2% over the previous month, the highest level in the last eight months.

The Central Agency for Public Mobilization and Statistics (CAPMAS) said there has been an increase in food and beverages prices in September, which is the largest component of the goods and services used to monitor inflation.

The food prices, which rose 4.8% month over month, were the main driver for the witnessed hike. In September report, vegetable prices increased by 17.2% on monthly bases, while fruit prices rose by 7.4%.