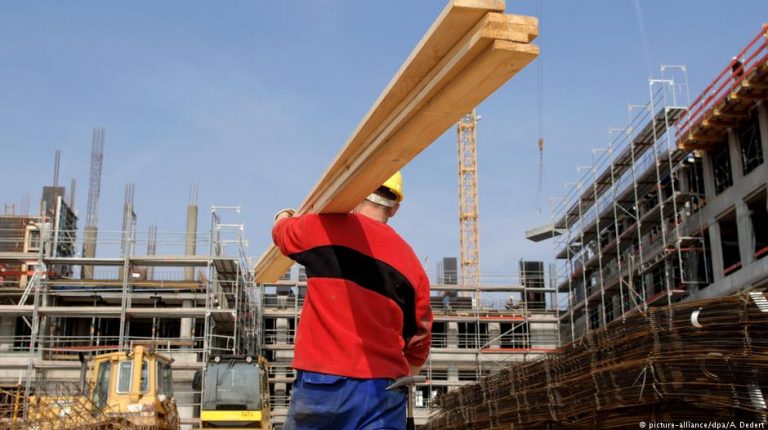 The jobless rate in Europe’s biggest economy fell to its lowest October level since German unification nearly three decades ago. But brisk job creation and robust growth threatens to boost inflation in the months ahead.Germany's nominal unemployment rate dropped 0.1 percent to 4.9 percent in October, as 53,000 people fewer were registered as unemployed compared with the previous months.

With the total number of jobless people in this country standing at 2.204 million, the figure was 185,000 people lower than in the same month a year ago.

In a further positive sign, the Germany's Federal Statistics Office, Destatis, said on Tuesday that seasonally adjusted employment — as measured by the International Labor Organization — climbed by 557,000 on the year to a record of 45.0 million in September.

The German Labor Agency (BA) attributed the rise in employment to the robust recovery in Europe's biggest economy, which had been driven by higher household spending. This, in turn, was fueled by increased job security, above-inflation wage hikes and low borrowing costs.

In seasonally adjusted terms, the jobless total fell by only 11,000 people to 2.292 million, which had been slightly below the predicted drop of 12,000, BA said.

As Germany's post-financial crisis expansion is entering its ninth year, there are first signs of an overheating economy emerging. An increasingly tight labor market and low interest rates are likely to boost inflation in the months ahead.

The first batch of readings on German inflation points to a higher reading for headline inflation in October. Data on annual consumer price growth in the regional state of Saxony, released on Tuesday, showed a surge to 2.5 percent — up from 2.3 percent registered in September.

A number of surveys have shown that recently companies have had to raise prices due to higher costs for energy, raw materials and labor.