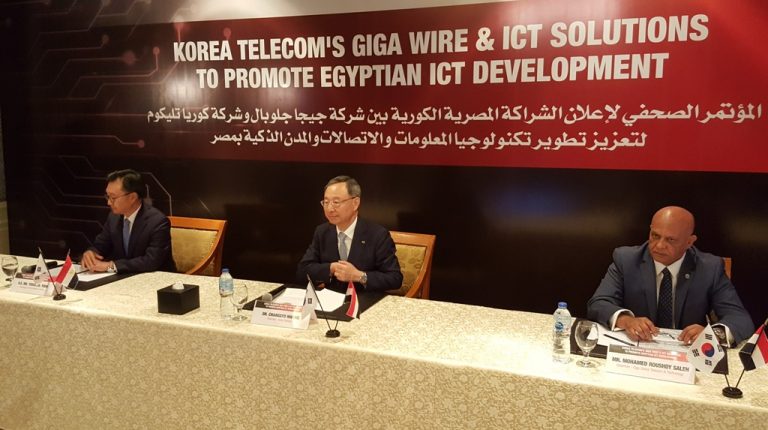 Egypt’s Suez Canal Authority (SCA) signed a memorandum of understanding (MoU) with KT Corporation, South Korea’s largest telecommunications service provider, and Giga Global for Telecom and Technology (GGTT) to install new technology system that will increase Internet speed in the area to 1 GBps. The two sides provided no details on the value nor the contract’s timeline.

Chang-Gyu said that the partnership will not only improve Egypt’s information and communications technology (ICT) services, but also help KT expand its global presence. He added that the MoU is part of a large project to promote the ICT infrastructure of the Suez Canal.

Chairperson of GGTT Mohamed Roshdy said that this project will contribute towards transferring modern technology to Egypt, and increase its gross domestic product (GDP). He pointed out that a number of field tests have been conducted in the areas that require faster internet speed service.

CEO of GGTT Osama Yassin said that this partnership will help provide better internet services for all business sectors in the area.

“Egypt is one of the largest countries in the Middle East in terms of using Internet services, and has a large number of users, mostly young people,” the ambassador said.