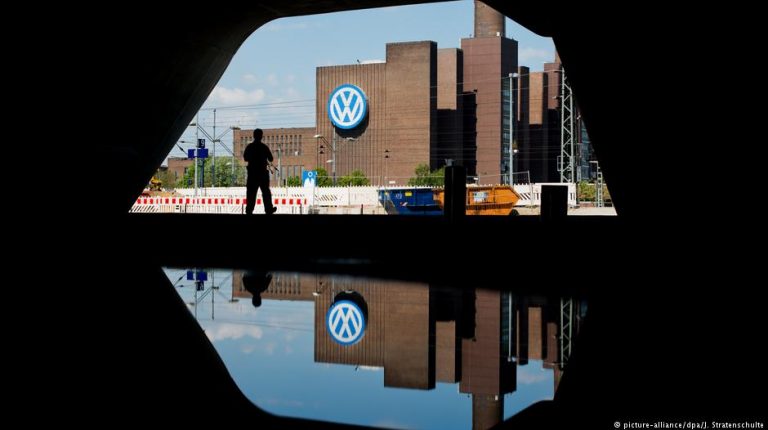 Volkswagen has seen net profits for the third quarter of 2018 more than double from the same period last year. The figures suggest that VW is pulling itself out of crisis following its emissions-cheating scandal.The figures released by Volkswagen on Tuesday may have fallen short of many analysts' expectations, but still represent a sizeable jump in profits after a beleaguering couple of years for Germany's biggest car manufacturer.

Net profit for the Wolfsburg-based group reached €2.76 billion ($3.14 billion), with the figures impacted by the recall of cars with diesel engines configured to cheat regulatory emissions tests.

And while revenues at VW grew 0.9 percent year on year to €55.2 billion, operating profits before special items fell 18.6 percent to €3.51 billion.

Rise and fall of diesel

Europe's love affair with diesel started in the 1920s and peaked in the early years of the 21st century after the Kyoto Protocol in 1997, when European governments threw their weight behind diesel cars as a way to hit their CO2 reduction targets, since they emitted way less CO2 than their gas-powered counterparts.

However, the dieselgate scandal, in which VW was caught using software to turn emissions controls off when vehicles were not being tested, proved a turning point as Germans started to turn their back on diesel, like many other European countries.

From making up 45.9 percent of the car market in Germany in 2016, diesel cars now account for around 25 percent — and that number is falling fast.

Diesel prices hit their peak of €1.49 per liter in 2012, with the average price of diesel in Germany on the slide since. But a rally this year has seen prices rise again since March.

Like many other German carmakers including Daimler, VW has struggled to get new models to market because of a delay in the certification of new vehicles in line with the Worldwide Harmonized Light Vehicles Test Procedure (WLTP).

The new tests took effect on September 1 and follow increased scrutiny of diesel emissions after the cheating scandal.

However, VW is not suffering as much as others from the new rules; in fact VW is emerging strongly while its rivals struggle. Daimler has issued a profit warning in recent weeks, blaming WLTP as well as trade tensions between the United States and China, which have affected exports from the eurozone and been a factor in slow euro area growth as a whole.

Fiat Chrysler Automobiles (FCA) was also among those reporting a sharp fall in profits in anticipation of the possible settlement of a US lawsuit on diesel emissions.

VW's vehicle sales are down 3.6 percent in the quarter to 2.54 million, but the company is bullish that it can overcome its issues with WLTP and reaffirmed its sales outlook for the full year. VW's shares rose to trade over 3 percent higher Tuesday, with the overall trend being one of recovery.