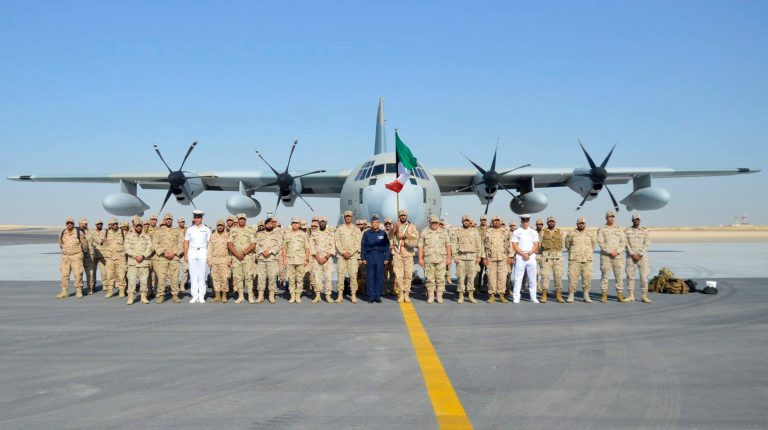 A delegation from eight Arab countries arrived at Egypt to participate in major joint Arab military exercise titled ‘Arab Shield 1’ which will take place from 3 to 16 November, according to armed forces spokesperson Tamer El-Refai.

The Military drill will involve land, naval and air, special forces, and air-defence exercises, and will be held at the Mohamed Naguib Military Base in Egypt’s north-western governorate of Marsa Matrouh.

The participating countries are Saudi Arabia, the UAE, Bahrain, Kuwait and Jordan, and the observers will be Morocco and Lebanon.

“The drill comes as part of the joint training plan carried out by the Egyptian armed forces with many other countries to develop military relations, face common challenges, and support efforts for security and stability in the region,” the statement said.

“The exercise comes in the framework of strengthening joint military cooperation between Egypt and Arab countries, to build the combat capabilities of the armed forces, and achieve common objectives,” the armed forces spokesperson said.

Earlier in October, the Egyptian and Saudi armed forces conducted military drills dubbed ‘Tabuk 4′ in southern Egypt, to bolster military cooperation and ties between the two forces, in order to counter challenges and threats facing them, the statement said.