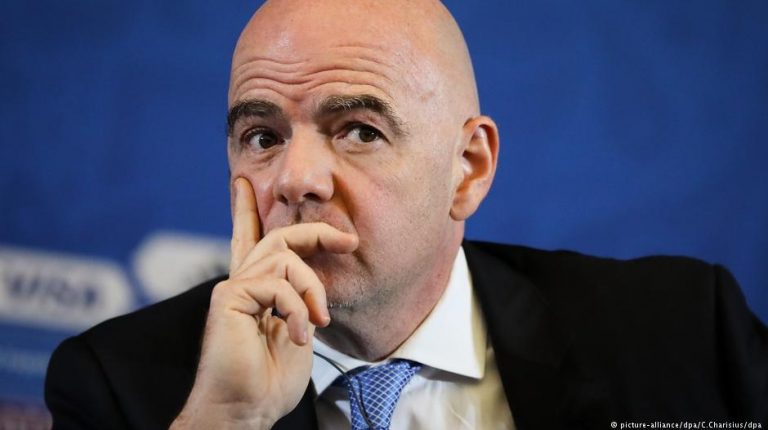 The FIFA boss has expressed concern about potentially damaging media reports after the world football’s governing body was reportedly targeted by hackers. Confidential information could be published as early as Friday.According to FIFA, the organization has been confronted by questions referring to and containing internal information, hence Infantino's concern.

"My job involves discussions and the exchange of documents, drafts and ideas on many, many, many, many different topics," the 48-year-old told AP. "We have responded to the questions we have received, but if I just remain in my room and don't speak to anybody, how can I do my job properly?"

The hack, which, according to the New York Times, is not connected to the cyber attacks by Russian secret service agents on global sports organizations including FIFA and the International Olympic Committee last year, has resulted in confidential documents being passed on to German magazine Der Spiegel and the European Investigative Collaboration (EIC) research network – the team behind the so-called "Football Leaks" revelations.

Der Spiegel confirmed to DPA that the EIC had sent questions to FIFA but would not be drawn on when or whether further publications would be made. The New York Times, on the other hand, says documents could enter the public domain as early as Friday, leading FIFA to release a statement condemning "all attempts to compromise the confidentiality, integrity and availability of data in any organization by unlawful means."

FIFA, whose computers at its Zurich headquarters were the subject of the attack, has not commented on the scale of the breach, but said it was "concerned that some information was obtained illegally."

Infantino and other FIFA bosses are currently attending the congress of the Asian Football Confederation (AFC) in Kuala Lumpur where Infantino has spoken out in favor of increasing the number of participating teams in the 2022 World Cup in Qatar from 32 to 48. "If it's possible, why not?" he told the congress.

Since September 2015, Football Leaks have been publishing confidential information regarding the tax affairs of several top footballers, including Cristiano Ronaldo and Lionel Messi. The source, allegedly based in Portugal, has since passed on huge volumes of information to Der Spiegel and other media organizations.