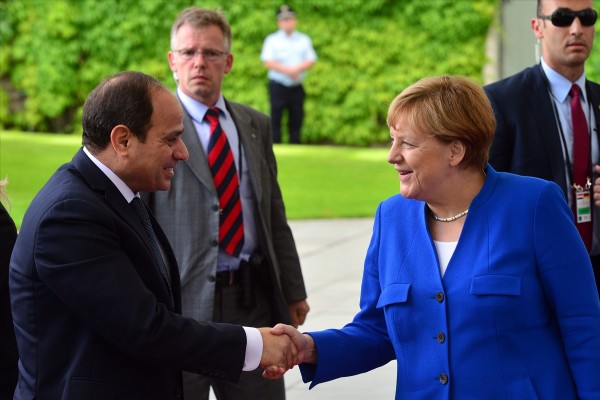 Egypt’s writers followed-up on President Abdel Fattah Al-Sisi’s visit to Germany this week. The Khashoggi case continues to be of interest, as well as the recent synagogue attack which killed a dozen people in the US.

In the privately-owned Al-Youm Al-Sabea newspaper, Akram Al-Qasas also praised the signed agreements between Egypt and Germany, adding that Egypt’s message to the world about the regional situation is to find political solutions, and save resources which could be used for development instead of wars and refugees.

State daily Al-Ahram’s Morsi Atallah criticised Turkish leaks in the Jamal Khashoggi case, refuting a narrative suggesting that Crown Prince Mohamed Bin Salman was aware or plotted his killing, accusing the Qatari media as well of inciting against him, and his reformist plan for the Saudi kingdom.

For his part, editor-in-chief of the private Al-Shourouk Emad El-Din Hussein pointed out how Turkish President Recep Tayyip Erdoğan ‘skilfully’ mourned Khashoggi’s murder, arguing that the man made the most out of this case, despite being an oppressor of press freedom and allowing assaults on journalists.

Commenting on the recent Pittsburgh synagogue shooting, Al-Ahram’s Makram Mohamed Ahmed emphasised that a critical point related to the hate crime was US President Donald Trump’s policies, which promote white supremacy and right wing extremism, but that even using this pretext, Democrats may not win the upcoming midterm elections, as Trump remains highly popular for his economic policies. Yet, Ahmed argued that Jews are worried about Trump’s racism or bias against minority groups.

Likewise, Al-Ahram’s Osama Al-Ghazaly Harb picked Dana Milbank’s column for The Washington Post titled “Trump’s America is not a safe place for Jews,” which he used to opinionate that anger with Trump may be on the rise, and that there could be an effect soon upon his relations with Israel.