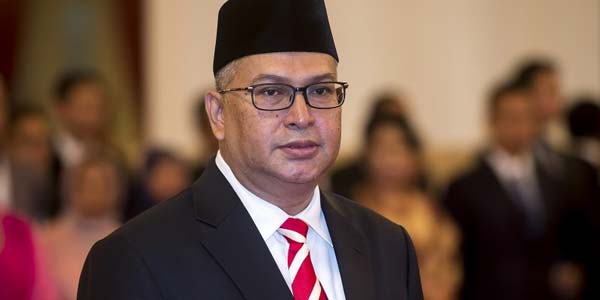 PT Multistrada Arah Sarana Tbk is considering re-opening its acquisition discussions of the state-owned Egyptian Transportation and Engineering company, Helmy Fauzi, the Indonesian ambassador to Egypt told Daily News Egypt. He added, “the main idea is to make an acquisition of the Transportation and Engineering company, then we will develop a tire factory.”

“Last week, I discussed with PT Multistrada their intention to establish a tire factory. The company was previously discussing a project with the Egyptian government, but the discussions were halted, due to an issue related to its employees,” noted the ambassador.

PT Multistrada plans to recruit new employees, while the Egyptian government aims to maintain the  company’s original employees. However, both sides can re-negotiate the issue, noted the ambassador.

The ambassador added that the embassy will arrange a meeting between PT Multistrada Arah Sarana Tbk and the General Authority for Investment and free zones (GAFI), and that his embassy has a very good relationship with the Ministry of Investment and International Cooperation, and its affiliated authority, GAFI.

In addition, PT Multistrada Arah Sarana Tbk, Nabati Group has already begun its procedures to set up a biscuit factory in Egypt, said the ambassador, adding, “finalising licenses takes time, but they are still on the agenda of Egypt’s Trade Minister, Amr Nassar.”

The ambassador called for simplifying the investment procedures, and limiting its time frame, as some investors might relinquish their investment plans, due to the complexity of the procedures.

PT Multistrada Arah Sarana Tbk is a tire producer established since 1988 in Indonesia, which manufactures radial tires for 2- and 4-wheeled vehicles. On the other hand, the Nabati Group is a group of businesses focused on fast moving consumer goods, especially on snacks and soft drinks. The company was established in 2002. At the beginning it was only a snack business with industrial-scale households, according to the company’s website.

Meanwhile, the ambassador said that the Indonesian president, Joko Widodo, is expected to pay Egypt an official visit in 2019, in response to an invitation by Egyptian president Abdel Fattah Al-Sisi.

The ambassador added that both countries will discuss setting up a joint trade commission, noting that the Indonesian side has already sent its draft to the Egyptian side, and is awaiting the resumption of the discussions.