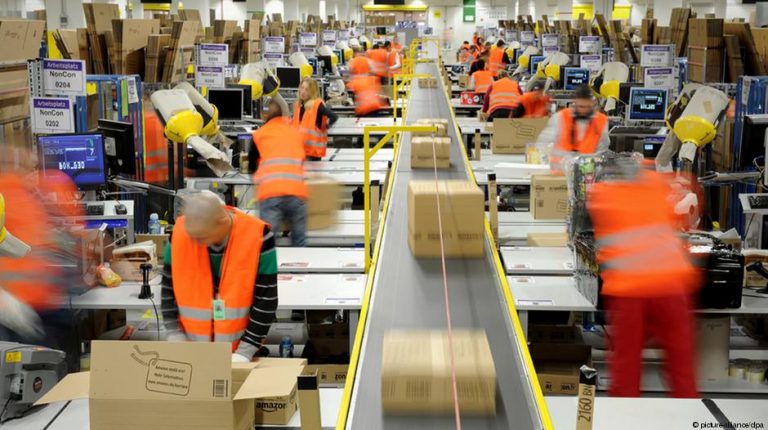 A survey of the world’s largest public companies has shown that global spending on research and development has risen again this year. But those with the largest budget are not necessarily the most innovative firms.Annual global corporate spending on research and development increased by 11 percent in 2018 to total $782 billion (€688 billion), based on the latest analysis by PwC's team of practical strategists.

With Amazon cementing its lead and Alphabet coming in second, the study also showed that three German firms had made it into the top 20, including Daimler and Siemens. German carmaker Volkswagen took 3rd position, having invested $15.8 billion in R&D, compared with the $22.6 billion spent by Amazon this year.

Globally, all regions witnessed an increase in R&D spending. China stood out from the pack, though, logging a 34 percent surge in investment (compared with a 14 percent increase across the EU and a 7.8 percent jump in North America).

"Despite the record-high levels of investment, the study's findings are a further confirmation that innovation excellence isn't something than can be bought by simply spending more on R&D," PwC's Barry Jaruzelski said in a statement.

"Rather, it's the result of painstaking attention to strategy, culture, senior executive involvement and deep customer insights."

Where innovation is key

Apple regained the top rank as the world's most innovative company from Alphabet, while Netflix joined the top 10 for the first time.

Referring to Amazon vs. Apple, Jaruzelski said there was no long-term correlation between the amount of money companies spend on innovation and their overall financial success.

"What matters is how companies use that money and other resources…to create products and services that connect with their customers' unarticulated needs."

In a five-year analysis of company performance and innovation investment, only 88 listed companies were assessed as "high-leverage innovators," meaning those firms outperformed their industry groups on a number of key measures of financial success, including sales growth and market capitalization.