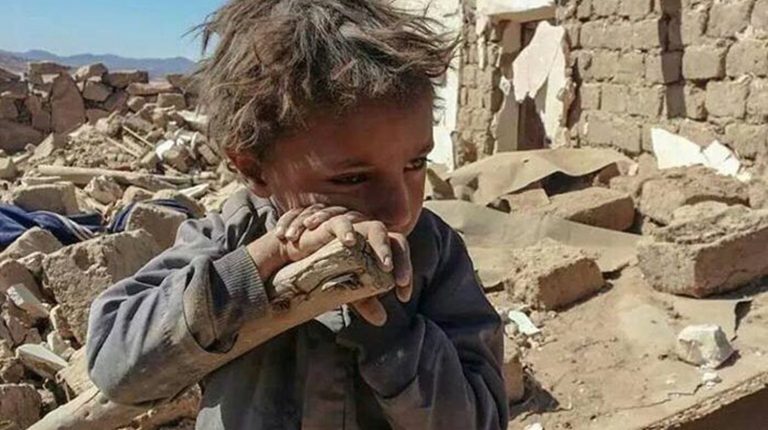 US Secretary of State Mike Pompeo and Secretary of Defence Jim Mattis called on Tuesday for a ceasefire in Yemen and starting peace talks under the umbrella of the UN in the next 30 days to end war in the country.

Pompeo said in a statement that the Houthi attacks by missile and drone strikes against Saudi Arabia and the UAE should also stop.

“The time is now for the cessation of hostilities, including missile and UAV strikes from Houthi-controlled areas into the Kingdom of Saudi Arabia and the United Arab Emirates,” Pompeo said. “Subsequently, Coalition air strikes must cease in all populated areas in Yemen,” he added.

The conflict in Yemen resulted in killing more than 100,000 civilians and wounding another hundreds of thousands. It also a humanitarian crisis in the poor country as well as a medical emergency.

The UN warned early in October that about 13 million people in Yemen could face starvation amid the continuity of war in the country, without allowing humanitarian aid. The UN described the situation in Yemen as “the worst famine in the world in 100 years”.

“We’ve got to move toward a peace effort here. And we can’t say we’re going to do it sometime in the future. We need to be doing this in the next 30 days,” Mattis said.

Since March 2015, Saudi Arabia announced the formation of the Coalition for Supporting Legitimacy in Yemen following the Ansar Allah group “Houthi”(backed by Iran), seized control of the Yemeni capital Sanaa in September 2014.