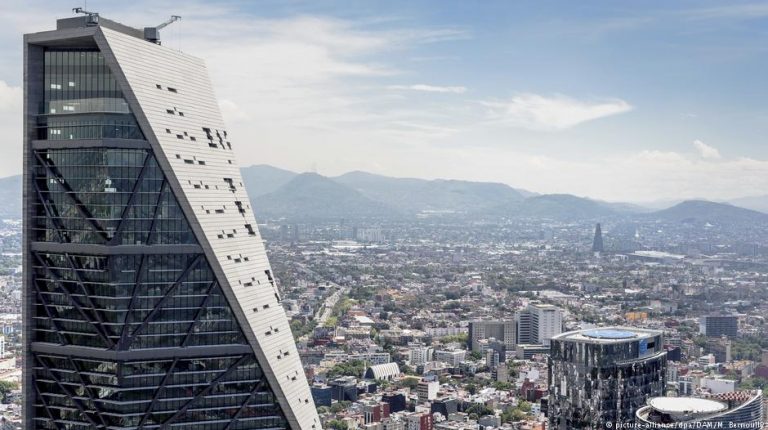 "Benjamin Romano takes the Aztec building traditions up and interprets them in a modern way," the jury added in its award decision.

The group of architecture experts also highlighted the exemplary financing behind Torre Reforma: "The group of investors in Torre Reforma … considers their projects as long-term investments and therefore places emphasis on careful planning, high-quality materials and perfect detailing. This forward-looking economic approach also affects the architectural design positively and could thereby also serve as a blueprint for successful projects beyond Mexico’s borders."

Romano described the IHP prize as "especially valuable because it comes from my peers … who can appreciate not only a building on itself but the inherent financial, structural, environmental and normative challenges. I believe that the best architecture is the one that finds the answer to these challenges."

A high honor in architecture

The IHP goes to building "that combines exemplary sustainability, external shape and internal spatial quality, not to mention social aspects, to create a model design."

Eligible skyscrapers must be at least 100 meters (328 feet) tall and must have been built within the past two years.

The award has been bestowed every two years since 2004 by the City of Frankfurt, the German Architecture Museum and DekaBank. The winning design team of planners and developers receives a €50,000 ($56,900) prize and a statuette made by German artist Thomas Demand.

Romano's 2018 winning design was one of five finalists, with the others located in Bangkok, Beirut, Beijing and Singapore. They had been selected out of 36 nominations from 15 countries.

All the nominated projects will be exhibited from November 3 through March 3, 2019, at the German Architecture Museum in Frankfurt as part of the exhibition, "Best Highrises 2018/19 – International Highrise Award 2018."

Take a look at the 2018 prize finalists in our picture gallery at the top of the page.