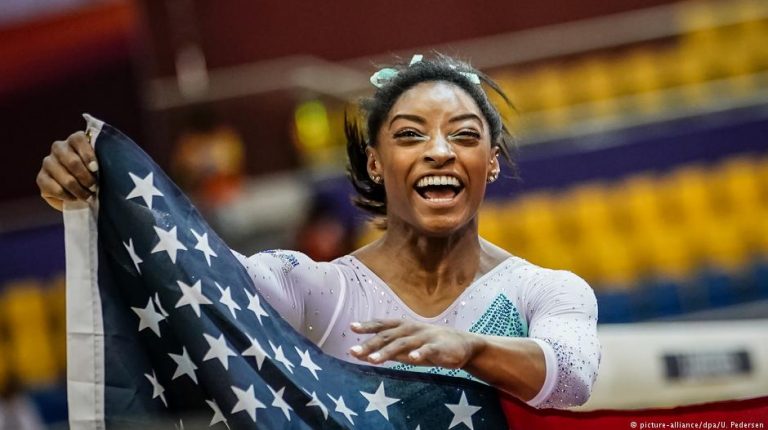 The 21-year-old American broke the all-time record set by Belarusian male gymnast Vitaly Scherbo in 1996, a year before Biles was born.

It was Biles' third gold medal of the week so far in Doha and she is halfway to a possible sweep of six gold medals at these championships.

This was also her 17th world championship medal overall, which means she is just three shy of the all-time record of 20, held by Russia's Svetlana Khorkina.

Favorite to take gold in the event, she received a mark of 15.366, well ahead of second-placed Shallon Olsen from Canada, who finished on 14.516. Bronze went to Mexico's Alexa Moreno, with 43-year-old Oksana Chusovitina in fourth.

Biles has another chance of a gold medal later on Friday in the uneven bars event.