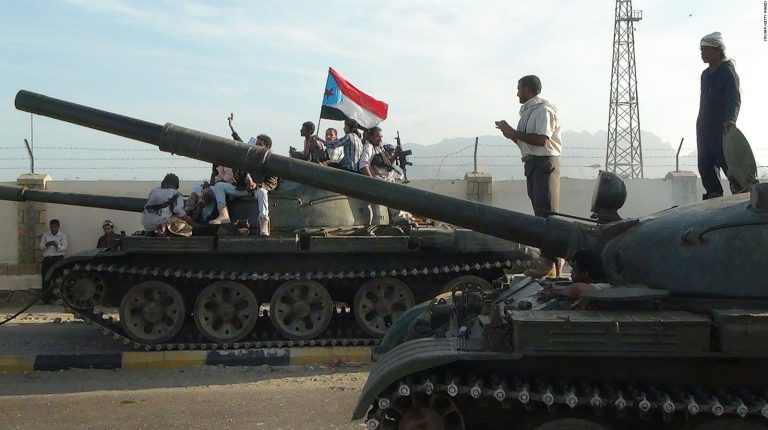 UN Secretary-General Antonio Guterres warned on Friday that Yemen could face the worst famine in decades, calling for ending the war in Yemen and initiating a political process to reach a solution for the humanitarian crisis.

There is “no room for complacency,” Guterres told reporters, calling on the warring parties and the international community to “halt the senseless cycle of violence” and “reach a political settlement”.

Since March 2015, Saudi Arabia announced the formation of the Coalition for Supporting Legitimacy in Yemen following the Ansar Allah group “Houthi,” backed by Iran, seized control of the Yemeni capital Sanaa in September 2014.

The conflict in Yemen resulted in the killing of over 100,000 civilians and wounding hundreds of thousands. It also a humanitarian crisis in the poor country as well as a medical emergency.

Guterres said that the “international humanitarian law has been flouted repeatedly,” in the conflict. He described the situation saying it “is not a natural disaster. It is man-made. Yemen today stands on a precipice.”

“Yemen today stands on a precipice. On the humanitarian side, the situation is desperate. We must do all we can to prevent the already dire conditions from deteriorating,” he added.

Early in October, the UN warned that about 13 million people in Yemen could face a famine amid the continuity of war in the country without allowing humanitarian aid.

The UN chief said that he sees signs of hope for a settlement as international parties engaged in calls for a cessation of hostilities and supporting the UN Special Envoy’s efforts.

Guterres’ statements came three days after the US Secretary of State Mike Pompeo and Secretary of Defence Jim Mattis called for a ceasefire in Yemen and starting peace talks under the umbrella of the UN in 30 days, to end war in the country.