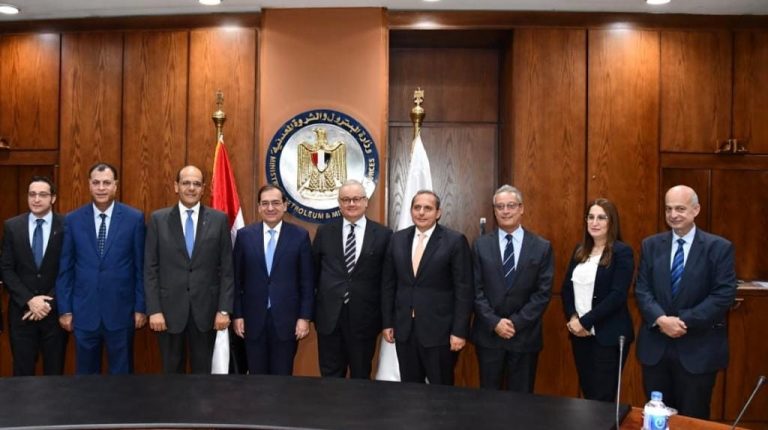 This fund was guaranteed and provided by the Italian Export Credit Agency for 13.5 years, with the aim of financing expansion projects to increase the company plant’s refining capacity, at an investment cost of $2.3bn.

As for the Minister of Petroleum and Mineral Resources Tarek El-Mulla, he praised the continuous and constructive cooperation with the NBE, and the efforts exerted by the bank’s employees to meet all the banking requirements for the Egyptian petroleum sector.

El-Mulla said that the expansion project at Midor factory represents a positive leap in the strategy of the Egyptian petroleum sector by contributing to the development of refineries in Egypt to cover all the needs of the state of petroleum products in order to reach the self-sufficiency stage of these products.

Concordantly, Hisham Okasha, chairperson of the NBE, said that cooperating with FAB to provide financial advice to Midor in this transaction comes at a time when the two banks are continuing their role in supporting national projects of good credit and economic feasibility to the country’s economy in all sectors, directly and indirectly, mainly oil sector projects.

He indicated the eagerness of the two banks to strengthen the state plans set by the Ministry of Petroleum, which aims to modernise the Egyptian refineries, owing to their positive impact on reducing the value of petroleum products imports and increasing their export opportunities, thus decreasing the pressure on foreign currency state resources, which would also reflect on the national economy’s strength, and the continuation of the state’s policy of economic reform.

According to Dalia Al-Baz, vice chairperson of NBE, the aim of NBE and FAB is to serve as financial advisors to Midor  and to provide a variety of integrated banking services, either by through funds or the necessary financial services to support the national economy, which has successfully secured funding for Midor’s expansion project.

She pointed out that the investment cost of these expansions is about $2.3bn, of which $1.2bn is covered by the European Banking Alliance, while the rest through shareholders and the company’s own resources.

Al-Baz stressed the continuation of the NBE support of the Egyptian oil sector by providing all the credit facilities for the establishment and development of the its projects, in parallel with the necessary funding to open letters of credit for the import of petroleum products for consumption in the domestic market.