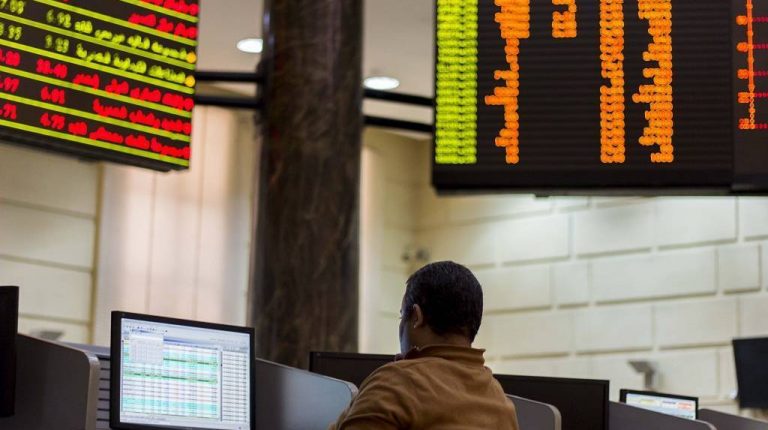 The Egyptian Exchange (EGX) is expected to carry on the upward trend this week, as investors are likely to inject cash in the blue-chip stocks on lower valuations.

The EGX is expected to maintain the positive performance next week, head of capital market committee at the African Economic Council, Ayman Fouda said.

For his part, Head of Technical Analysis Department at Arabeya Online, Michael Armia, said that the EGX30 will move downward in the short- and medium-term, and will see a sideways trend in the long-term.

Last week, the EGX returned to gains in the week that ended 1 November, after negative performances dominated last month.

In October 2018, the Egyptian equity market continued to sell off on a more severe pace than September, driven in part by the negative sentiment after the first phase of the public offerings program (POP) and other private-sector IPOs which were postponed.

Egypt’s market valuation is still attractive with the market benchmark EGX30 still traded at a discount to both MSCI EM and MSCI FM.

The heavy selling pressures came from foreigners who widened their sales in October compared to September.

Continuing its negative performance, Egypt was the second worst performing market in October across the MENA region.

The bad performance in emerging markets, as well as investors’ fears about a tighter monetary policy, continued to affect Egyptian equities in October in addition to a gloomy view about the IPO programme which is now the missing piece of the puzzle.

On the valuation side, Egypt is now considered the third cheapest market in the MENA region behind DFMGI and Oman markets, having been the second cheapest in September because of forwarding earnings downgrades of six EGX30 constituents by analysts. As such, EGX30 valuation discount was cut in half from 22.6% to just 9.6% vs. MSCI EM.

In other market news, National Bank of Kuwait – Egypt (NBK) reported a 26% year-over-year rise in profits for the first nine months of 2018.

Net profits amounted to EGP 1.4bn during the period from January to September, versus EGP 1.16bn in the year-ago period, including minority shareholders’ rights, the lender said in a filing to the EGX.

Interest revenues grew to EGP 5.14bn in the nine-month period ended September from EGP 4.04m in the same period a year earlier.

Net profit stood at EGP 59.2m in the three-month period ended September, versus EGP 35.6m in the year-ago quarter, the company said in a filing to the EGX.

In other market news, Financial Brokerage Group, a subsidiary of EFG Hermes Holding, said that Ekuity Holding has raised its stake in Sixth of October for Development and Investment (SODIC) to 4.9% from 4.86%.

It is worth noting that SODIC previously posted a 9.5% year-over-year increase in consolidated profits for the H1 of 2018, recording EGP 374.09m in profits, compared to EGP 341.5m.

In other earnings news, Oriental Weavers Carpet reported a 27% year-over-year drop in consolidated profits for the first nine months of 2018.

Net profit fell to EGP 436.4m in the nine-month period ended September, from EGP 598.7m in the year-ago period, the household durables firm said in a filing to the EGX.

Sales rose slightly to EGP 7.59bn at the end of September from EGP 7.54bn in the corresponding nine-month period of 2017.

At the level of standalone business, profits surged to EGP 380.4m in the January-September period of this year, versus EGP 297.6m in the prior-year period.