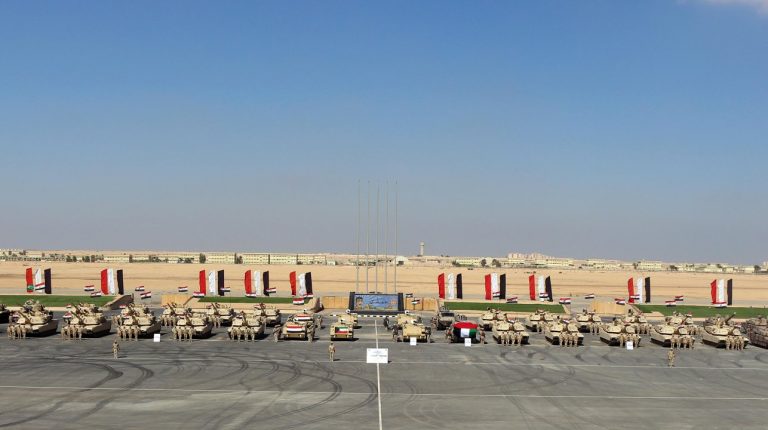 The Egyptian armed forces launched on Sunday the joint military drills dubbed ‘Arab Shield1’ in the Mohamed Naguib Military Base, involving military exercises fields in the northern military zone and regions for air and maritime forces in the Mediterranean coast, according to a statement from the military spokesperson Tamer El-Refaee.

Military forces from Egypt, Saudi Arabia, the UAE, Bahrain, Jordan, and Kuwait are set to participate in the exercises. The drills will last until 16 November.

Al-Refaie added that a conference was held for coordination between leaders of the participating forces to transfer training experience. During the conference, assistant chief of the Egyptian Armed Forces Training Authority said that “Arab Shield 1” training is one of the best military exercises in the Arab region, as it will experience modern military technology in order to achieve the best benefit.

He added that the exercise is the first pure joint Arab military exercise in Egypt.

The first stage of the exercise will be rounding up the participating forces in tactical groups and conducting several theoretical and practical lectures in order to standardise the military concepts and doctrines, according to the statement.

The exercise aims at developing the joint military work among the participating forces, in addition to planning and managing military operations between land, naval, and air forces.

Two weeks ago, Egyptian and Saudi armed forces finalised their joint military drills dubbed ‘Tabuk 4′ in the southern military region of Egypt. Both Egyptian and Saudi forces participated in the Egyptian-US ‘Bright Star’ drills, which kicked off last September, with the participation of other countries at the Mohamed Naguib Military Base.

Meanwhile, the military spokesperson said on Saturday that a Russian-made fighter jet has crashed due to a technical malfunction during a training flight. The pilot is safe and there were no injuries in the accident.