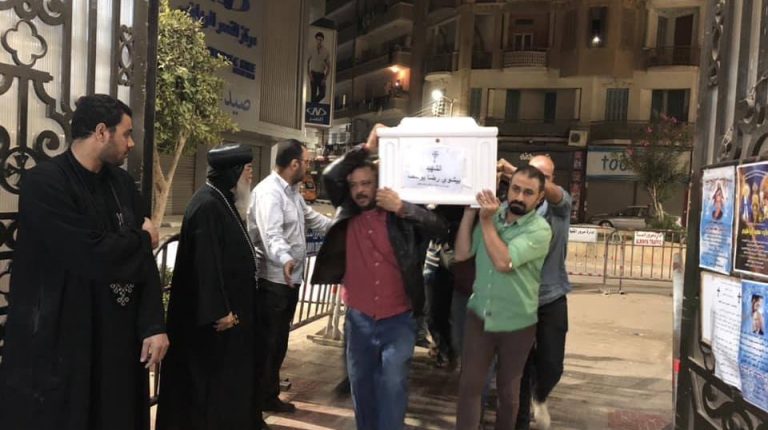 Egypt is mourning seven Coptic citizens targeted by gunmen in a Friday attack against their bus near the governorate of Minya. Opinion writers took a look at the timing of the terror attack coinciding with the World Youth Forum, sponsored and attended by President Abdel Fattah Al-Sisi in Sharm El-Sheikh.

To Al-Ahram’s Salah Montasser, the incident took place shortly before the forum kicked off, with the purpose of sending a message to foreigners that Egypt is not a safe country, and another message to Egyptians that terrorism is still able to hit them. Montasser made a second argument that the security apparatus was not to blame, but that the victims took an unsecured road making it easier for attackers to target them.

Likewise, in state-owned Al-Akhbar, Ahmed Shalaby asked: “why did our Coptic children fail to respond to security instructions to not visit St. Samuel’s Monastery in that desert area which needs great security measures and lacks a communication network?”

He added: “Why did the families of the victims resort to circumventing the return from the monastery to block the main road by taking secondary roads and exposing themselves and their children to a grave danger?” Shalaby blamed their ignorance of warnings given that a previous attack had taken place in the same area.

For Al-Akhbar’s Karam Gabr, terrorists failed to achieve anything with such acts, as the entire world condemned what happened while the youth was sending messages of peace and celebrating life in the World Youth Forum in Sharm El-Sheikh.

Wael Al-Semary from the privately-owned Al-Youm Al-Sabea used the world ‘dog’ repeatedly as an insult to those who attacked the bus, shooting children, peaceful and innocent people. “Are you not the son of incest between demons and hyenas?” he wrote.