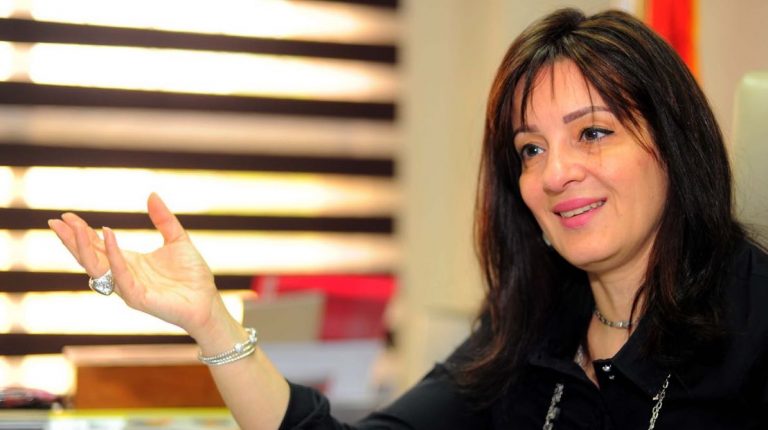 Shanghai- Sherine El Shorbagi, head of the Export Development Authority (EDA), said the National Bank of Egypt (NBE) asked the EDA to participate in the first China International Import Expo, which is scheduled to begin on Monday 5 November.

She added that it was agreed with the Chinese side to participate in the Pan-African Trade Conference scheduled to be held between 11 to 19 December.

Egypt is participating in the first China International Import Expo with a distinguished pavilion including 38 companies and two banks: Banque Misr and the NBE.

Furthermore, El Shorbagi pointed out that Egypt’s strong participation in this important international forum aims to open new channels for Egyptian exports into the Chinese market, especially in light of the great consolidation in the Egyptian-Chinese relations, which was reflected in selecting Egypt as one of the exhibition’s guests of honour.

Regarding the preparations for the Egyptian pavilion, she said in press statements that the pavilion was designed in a way that reflects Egypt’s civilisation, and the tremendous development it witnessed during the last period. The pavilion is divided into two sections, the first includes the national pavilion and the Ministry of Trade and Industry, represented by the EDA, as well as the Suez Canal Economic Zone (SCZone), while the second section includes the participation of 38 private sector companies across a number of fields, such as agricultural crops, food, chemical, engineering, spinning and weaving industries, as well as Banque Misr and the NBE.

Promoting Egyptian tourism and attracting Chinese companies to invest in the Egyptian market is one of the most important axes of Egyptian participation in this exhibition. It is scheduled to present the most important investment opportunities in Egypt, especially in the SCZone and Egypt 2030 Vision for Sustainable Development, in addition to arranging bilateral meetings for Egyptian companies with their Chinese counterparts, stressed El Shorbagi.

So far, there has been great coordination with the Chinese side since the announcement of Egypt’s participation in this important exhibition, whether by identifying the appropriate areas for Egyptian companies as well as the selection of the sectors involved, as they must be sectors in which Egypt has competitive advantages to qualify for presence in the Chinese market. She noted that they aim to finalise business deals and contracts between Egyptian companies and Chinese importers in the coming period, concluded El Shorbagi.