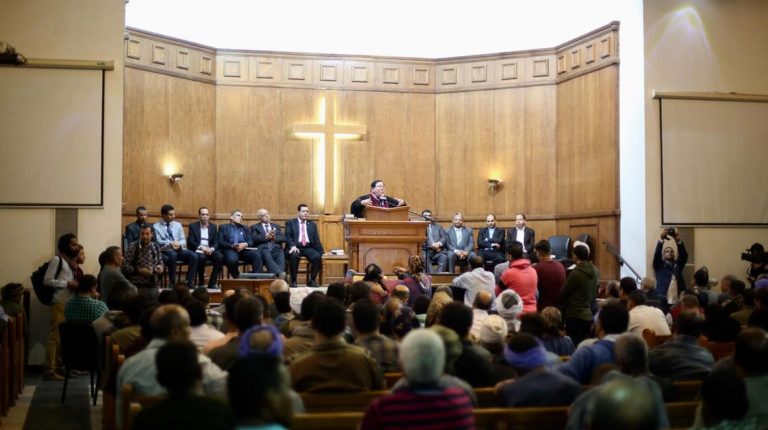 The Ministry of Interior announced on Sunday that police forces killed 19 suspects who allegedly participated in the Friday attack which killed 7 Coptic Christians.

The statement did not mention the name of the killed individuals, but only showed pictures of their bodies. The statement added that it confiscated rifles, shotguns, handguns, as well as papers supposedly belonging to terrorist groups.

Furthermore, the statement added that they were all killed in a fire exchange with police forces who went to arrest them, in a den in the western desert area of Minya.

The third bus was the only one forced to stop, resulting in the death of seven passengers. Six of those killed, including a boy and a girl, were all members of the same family, and the seventh was the bus driver, according to the Coptic Orthodox Church. A photo was published showing all the family members together including the victims.

The other two buses managed to escape, however, 12 of its injured passengers are currently receiving medical treatment at the Sheikh Zayed hospital. They were initially sent to Maghahga Hospital which was closer to the scene of the attack.