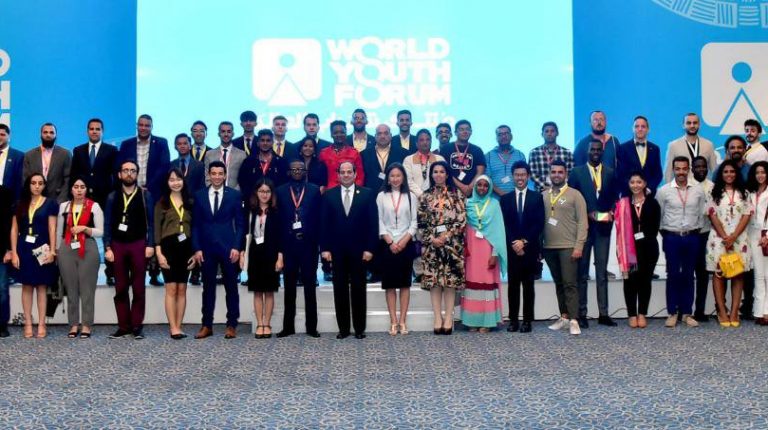 Egypt aspires to develop its foreign relations away from polarisation and partiality, President Abdel Fattah Al-Sisi said on Monday according to the presidential spokesperson Bassam Rady.

In his speech during the third day of 2nd World Youth Forum (WYF), Al-Sisi addressed several national and regional issues in an interactive meeting with a group of youth. He stressed that Egypt believes every country has the right to protect its people.

The WYF was held in Sharm El-Sheikh with the participation of over 5,000 youths divided into 60 delegations from all over the world.

In addition, the president pointed out that the intervention of different international parties in the Yemeni crisis has hindered all attempts towards a solution. The conflict in Yemen resulted in the deaths of more than 100,000 civilians and the wounding of hundreds of thousands.

Al-Sisi further stressed that Egypt is keen on supporting the Palestinian reconciliation and building trust between the different Palestinian parties to unite against real challenges facing the neighbouring country.

Regarding the murder of Saudi journalist Jamal Khashoggi in his country’s consulate in Istanbul in October, Al-Sisi said that Egypt rejects attempts to mislead international public opinion before the final results of Saudi-Turkish investigation into the case is disclosed.

Concerning Egypt’s-Africa relations, the president said that he prefers the step by step integration, similar to the experience of the EU in achieving integration. He stressed that settling all conflicts in the continent and achieving a suitable growth rate is the real beginning of integration.

During his speech, Al-Sisi praised the role of the armed forces in protecting the nation. He elaborated further that youth is a huge power, and changing the status quo forcibly often goes out of control, and could lead to interventions by ‘evil powers’ in the state’s internal affairs.