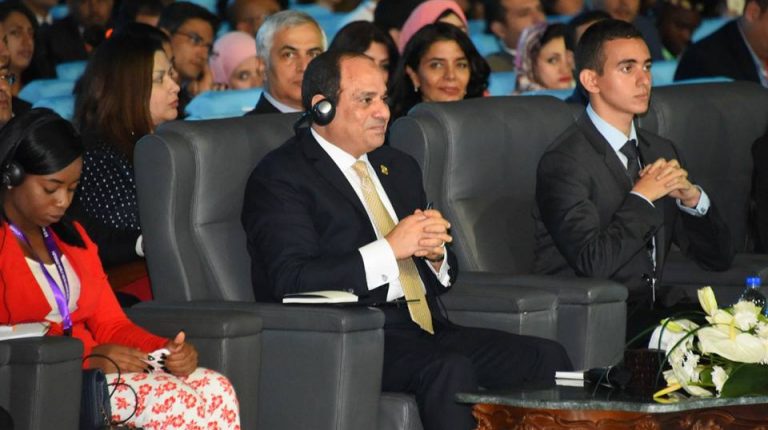 President Abdel Fattah approved on Sunday the establishment of a committee to amend the Non-Governmental Organization (NGOs) law following the request of one of the participants from the second World Youth Forum held in Sharm El-Sheikh.

The committee will be assigned to investigate the law, through conducting social dialogue and forwarding it to parliament for amendment.

Youstina Tharwat, one of the youth attending the forum, addressed the president by saying, “the law of civil society organizations needs your attention and constitutional powers”.

The president said that he agrees with Tharwat, saying that during the time of the law issuance, there were some fears which resulted in the presence of some flaws.

Al-Sisi said that there are over 50,000 NGOs and civil society organisations operating in Egypt. He added that NGOs are organisations which the state needs in order to be able to reach out to and support all those who are really in need.

In May 2017, Al-Sisi ratified an 89-article law, in order to replace the Law 84 of 2002, six months after its approval in parliament. The law is expected to regulate the conditions of NGOs and its employees after a long time of illegal work. This came six months after parliament approval the law.

The approval came despite facing criticism from civil society members, who believed that the new law would eliminate civil work as it includes restrictive articles.

Around 47,000 local associations and 100 foreign employees in Egypt are required to work under the new law, which is dedicated to regulating the work of civil society organisations.

The new law requests more procedures from NGOs, such as those related to their registration, paperwork, and starting capital.

Most civil society employees viewed these procedures as a complication of their work and that it enables the interference of security agencies.

In August 2017, the US decided to reduce $290m in military aid allocated to Egypt, justifying that decision due to Egypt’s low human rights record, highlighting flaws of the NGOs law. Later in last July, the aid was reinstituted.