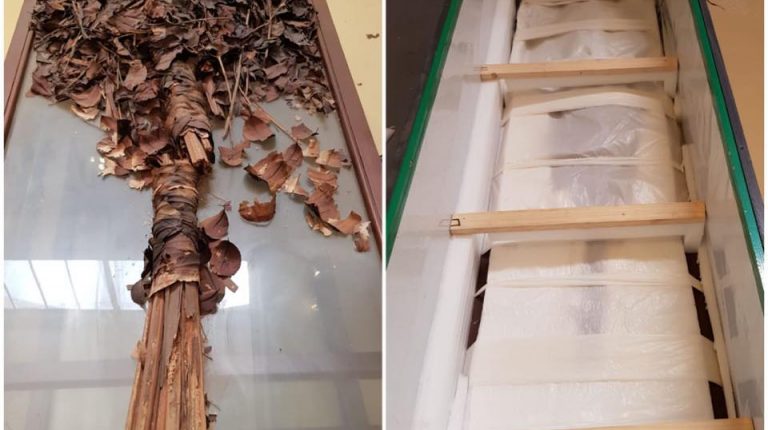 The Grand Egyptian Museum (GEM) received on Monday a new shipment of 614 relics including King Tutankhamen’s belongings from the Egyptian Museum in Tahrir, the Ministry of Antiquities announced in a press release.

The shipment held 11 relics of the young king’s personal possessions, to become part of the museum’s displays, which are planning to showcase Tutankhamen’s complete collection.

The museum’s soft opening is planned to take place early 2020.

Osama Abou El-Khier, the executive manager of the GEM Restoration Department said in a press release that the rare Tutankhamen’s garlands were transferred to be displayed in the museum.

He added that that all of the relics are to undergo restoration, each depending on its state.

Among the transferred relics are a statue of one of the Fifth Dynasty royal palace’s important men, and a portrait belonging to the 26th Dynasty which features the sphinx.

Throughout the past two years, almost most of Tutankhamen’s relics were transferred to the GEM, and the remains are planned to be transferred by the end of this year.

Earlier in May, the Ministry of Antiquities, with the help of armed forces, transferred the sixth and last of Tutankhamen’s chariots from the Military Museum at the Citadel to its final display location at the GEM.

The ministry announced then that it successfully transferred 4,800 relics from all over Egypt, preparing to showcase them all together at the GEM.