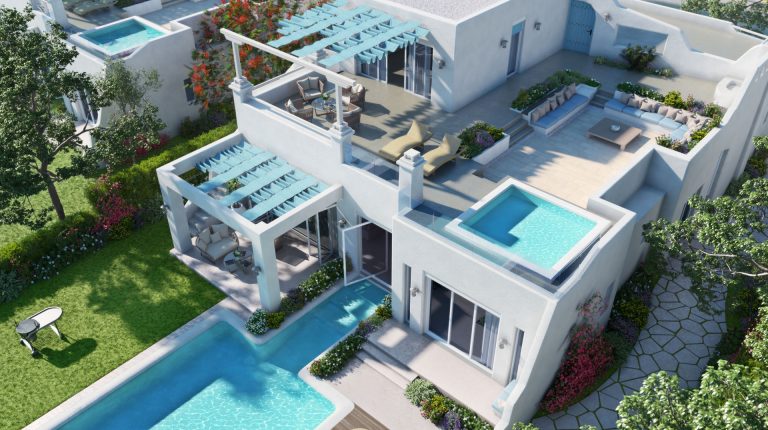 El Adawy said that that the company intends to deliver three neighbourhoods within Jefaira North Coast in 2020, 2021 and 2022.

The project is located 1,300 feddan and we are exploring its expansion. In addition, the project is being completely self-financed, added the company’s CEO.

El Adawy pointed out that the project stretches over 5.5m sqm, and includes 14 neighbourhoods, comprised of educational, medical and commercial activities, and is being developed within 20 years.

“Jefaira North Coast has many distinctive services, the most important of which is a 5-star hotel, a commercial mall with restaurants and cafés, a mosque, eight swimming pools in the first phase, including a women’s swimming pool and a children’s pool, artificial lakes, four sports playgrounds around the village. Apartment sizes range between 105 sqm and 183 sqm,” indicated El Adawy.

He elaborated that the three neighbourhoods’ building permissions were acquired, and the company is developing the project’s construction operations.

Tourism and educational activities are under development, and the project comprises of 2,500 service apartments throughout the entire project, highlighted the CEO.

“The company has succeeded in marketing three residential neighbourhoods with a total of 2,400 units that were fully marketed and under construction,” stated El Adawy.

Moreover, he revealed that the company is developing another project in Sahl Hasheesh, a bay located in Egypt’s Red Sea coast, across from Sharm El Sheikh, approximately 18 km south of Hurghada International Airport, on an area of 140,000 sqm. with investments of EGP 450m.

The second phase of the Sahl Hasheesh project is expected to be handed over by 2019, he announced.