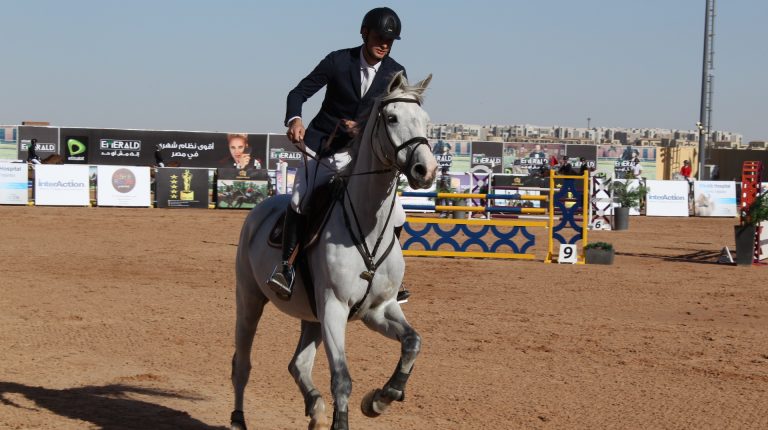 Under slogan “Equestrian Competition for Cultural Integration,” New Cairo’s Platinum Club hosted the International Friendly Club Competition (IFCC) for equestrians from 1 to 3 November for the first time in Egypt.

The event’s concept is a friendly show jumping tour which includes 1.30 Class competitions with $5,000 prize money which are held in the participating countries’ clubs. Last June the competition was in the Derby Club, Saint Petersburg. 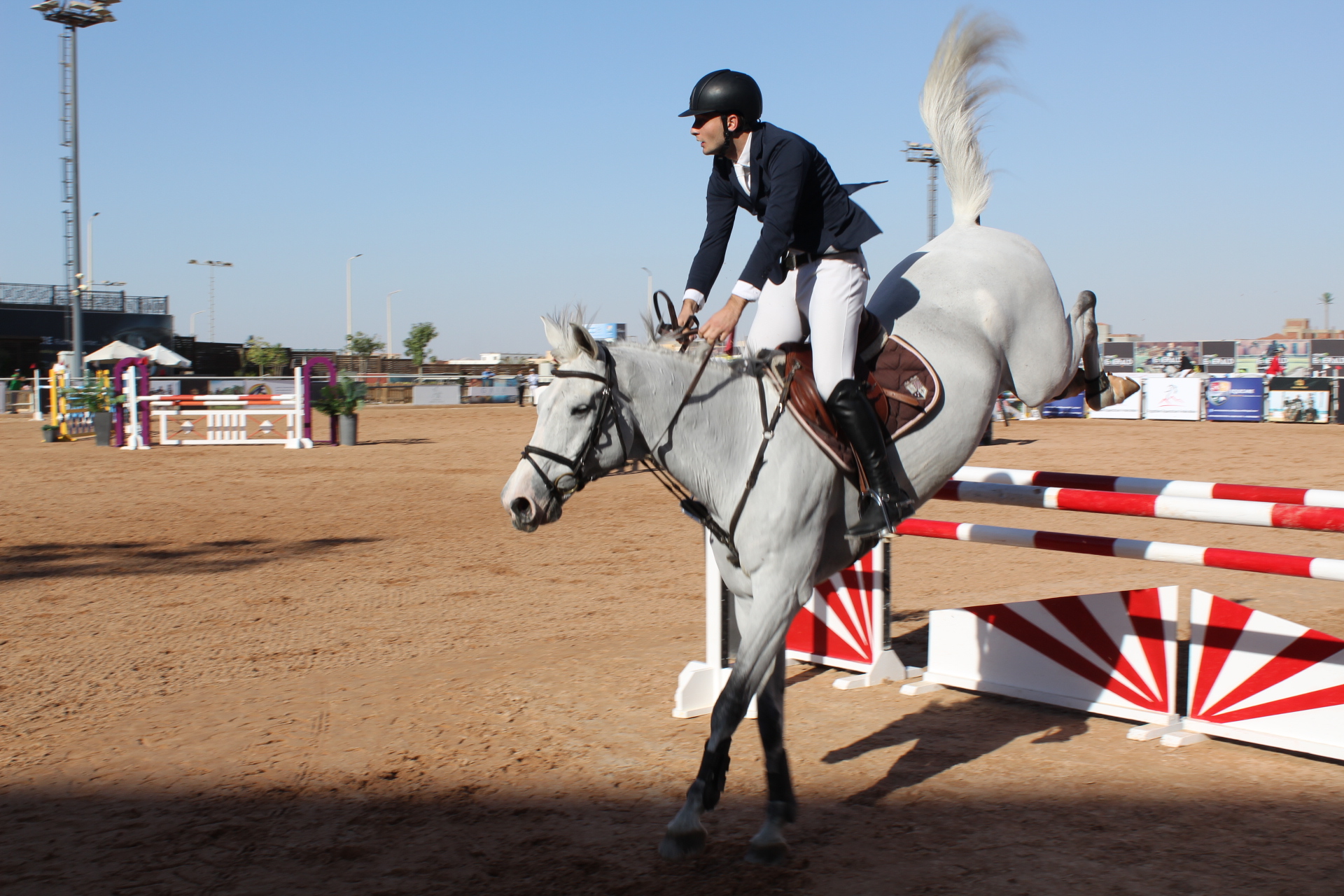 Show jumping is an equestrian sport which involves navigating a course of jumps set up inside a ring, a stadium designed for equestrian events. In a show jumping event, the stamina, speed, and flexibility of the horse are tested, along with the relationship that the horse has with its rider. Competition rankings are determined by the number of faults accumulated, and the overall speed with which the course is completed.

Depending on the style of show jumping, the course may be made simple or complex. The highest level of show jumping, called Grand Prix, features complex and intimidating obstacles which include a wide spread, meaning that the horse has to jump high and long, and obstacles like hedges and ditches. It was the first time for Egypt to host 1.30 Class Competitions.

Daily News Egypt had the chance to interview several figures attending the event, the transcript for which is below lightly edited for clarity:

Hassan Souka, general manager of Platinum Club, said that the club, built on 28 feddan, has about 12 activities, including equestrian, swimming, squash and others. The club has about 200 equestrians from different ages. Souka explained that the Platinum Club’s Equicare Riding Centre, headed by Khaled Assem, agreed with a number of clubs from five countries to launch the IFCC over several rounds. Each country will host a round of the competition annually. The first round was held in Jordan, the second in Russia, and the third in Egypt, while the coming round will be in India. It was the first time for Egypt to host the competition and Platinum was the first Egyptian club to participate in an international club championship for equestrian, Souka added. 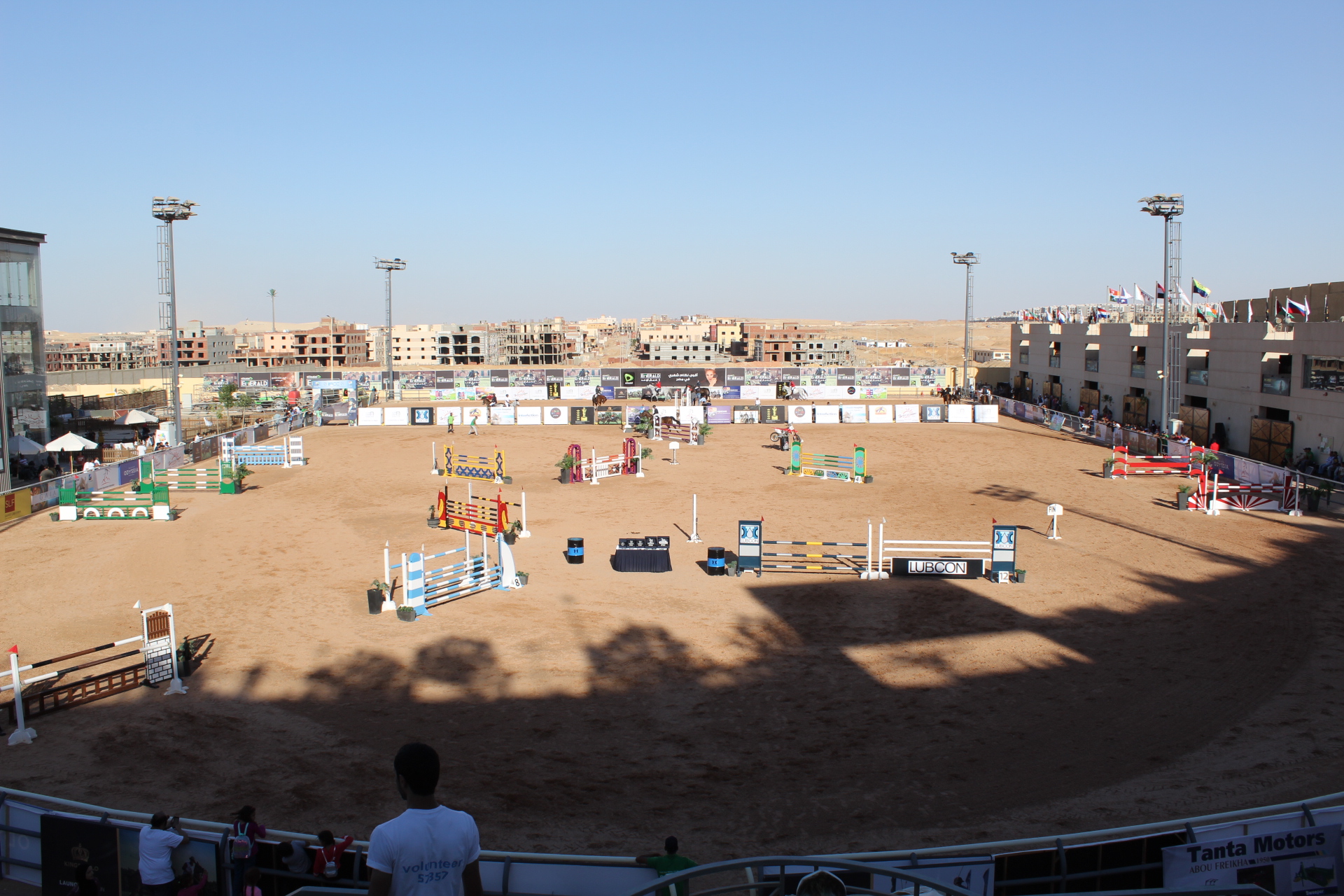 He said that the club won 38 medals in the Cairo and Giza national competitions for Judo. Also, three of the club female Judo players were nominated to join Egypt national under-16 team, including Laila Hesham, Laila Gharabawy, and Sohila Hassan.

Khaled Assem is a former equestrian and has a company specialised in supplying equestrian products and planning international competitions. Assem believes that equestrian became an industry, not just sport, as it requires funding and involves other activities.

He said that Egyptian equestrian is of a big developments and started to attract more attention.

However, “it needs certain types of people who are patient and can deal with animals. It is an expensive sport, but it builds a very special generation of players,” Assem said.

He stressed that development of the equestrian industry needs continuity, funding, and developing good ideas. He pointed out that the Egyptian Equestrian Federation (EEF) “does its best” to support Egyptian riders and clubs, but after all it is a governmental institution which governs the sport. “Only the private sector can really push forward equestrian in Egypt through offering funds and sponsoring competitions.

Bianchi praised the well-organised competition, saying that it was an outstanding event and that the horses given to their riders were of good quality. It was the second time for Bianchi to visit Egypt as he visited Sharm el-Sheikh several years ago. He pointed out that equestrian is still developing in Egypt. He believes that Egypt has high standard equestrians and the Egyptian riders who participated in the IFCC were talented and can compete internationally.

In South Africa, equestrian competitions focus fundamentally on entry levels, including 1 metre and 1.10 metres classes. The IFCC is more about the unification of youth around the world, and giving them an opportunity to practice sports.

He said that the IFCC was launched in 2014 in South African, and toured the participating countries reaching Egypt, and it will go to India next.

Aya Amr, an Egyptian former equestrian in E class, attended the IFCC tour’s leg in Cairo. Supported by her mother, Amr, 24, inherited her passion for horses further and joined the Equestrian Club of Gezira (ECG) where she became a professional rider.

Amr’s equestrian journey lasted for 10 years before she retired last year. She competed in several national championships and ranked third in season 2015/16.

Amr believes that Platinum Club’s hosting of the IFCC reflects a great progress of the game in Egypt which can contribute to improving Egyptian equestrians on an international scale.

Miss Egypt Heba Hesham attended the IFCC to present the trophies to the winners. Hesham—who now works as a fashion designer—said that she always liked the concept of being a knight, noting that it is about manners, courage and proper representation, which is the same point of beauty queens. “It is not only about the outer beauty but also the inner beauty.”

Hesham asserted that she was honoured to come and watch this type of elegant sport. She believes that equestrian needs more attention, especially that Egypt and Arab countries are known for Arabian horses which are among the best horse breeds in the world.

She pointed out that public figures and celebrities’ presence in such sports events is very important as they add some value to the competition, and attract the public’s interest, especially in Egypt, to follow it.

Hesham participated in a previous UN-related campaign to raise awareness about the problems facing animals worldwide. She called for more help from the government to educate people about the accurate ways to treat animals. She noted that almost all campaigns and efforts created to protect animals are charitable and on an individual basis, so they are limited and require governmental intervention.

Arabian horses show their beauty at the Equestrian Club