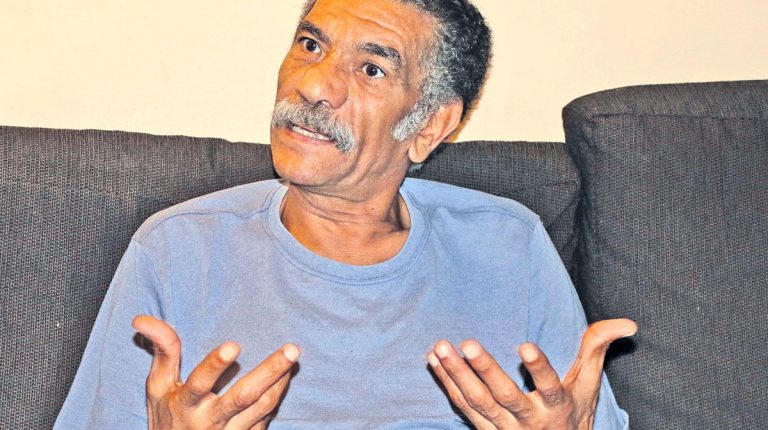 Sayed Ragab was born in 16 November 1950. His career began as an engineer at Nasr Company, before he resigned and segued to acting.

He graduated from the Higher Institute of Dramatic Arts and then worked for several years in the field of experimental and improvisational theatre. He performed in Egypt and abroad and won the Best Actor award in the Cairo International Festival of Experimental Theatre in 1992.

He married a woman from outside the art scene and gave birth to Amira and Zeyad. However, the social gap between the couple finally broke the marriage apart after 13 years. He then got remarried to an American woman. The couple fell in love as she was funding the band he was acting with. She encouraged him to continue his acting career. 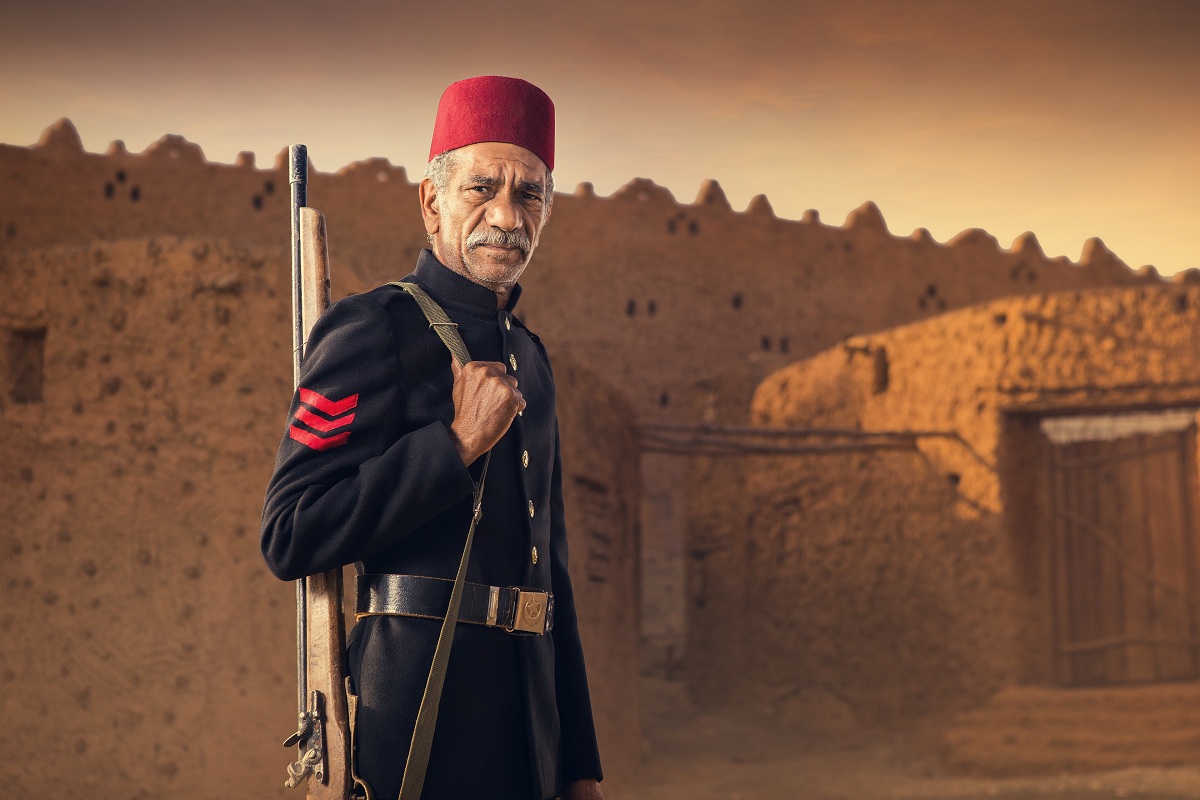 Sayed Ragab, an educated and well-informed artist by virtue of his participation in the political work of the Tagamoa Party for some time. He said politics never hindered him, but rather expanded his thoughts. He stressed that working in politics was not because he liked it, but because it was a duty to him. Yet, when he had to choose between art and politics, he went with art.

Sayed Ragab did not forget being tortured in prison during the era of Mubarak. He still thinks it was the hardest time in his life before he retired politics.

He has participated in nearly 50 works of art, the most famous of which are films such as: Welad Rizk, The Big Night, Lion Heart and series such as: “Sunset Oasis, Ramadan Karim, and Afrah Al Kubba”, as well as Nesr El Saeed and Abou Al-Arousa.

Ragab is the representative of the simple citizen as he is called, perhaps because of his appearance, which is very similar to the simple street man who suffers from the pressures of life.

Better late than never applies to the great actor Sayed Ragab, whose fame only started after his 50th birthday, and on this occasion Daily New Egypt interviewed Ragab to learn about his roots and his path to fame, the transcript for which is below, lightly edited for clarity:

How did Sayed Ragab start?

I graduated from the Faculty of Engineering, the department of Automotive Technology, and worked for a period in one of the companies specialised in this field. This company included a team specialised for all kinds of arts, from sport and art, and theatre and poetry. This was how I became more interested in art.

I participated in the theatre team in small performances, and we performed a theatre performance called “Omna Al Ghoola”. It was attended by Hussein Al-Gritli. He proposed I join a new band that he founded named El-Warsha (the Workshop). I agreed. Through this workshop, I met directors and became even more interested in acting, especially experimental theatres. We were amateurs but we travelled the world to represent Egypt in international festivals. Every year, I won more awards—it made me happy.

Why did your sudden fame develop recently?

This was my fate. I did not seek fame. Some actors died before they become stars, but they died happy as they did what they liked. This is my goal in life. 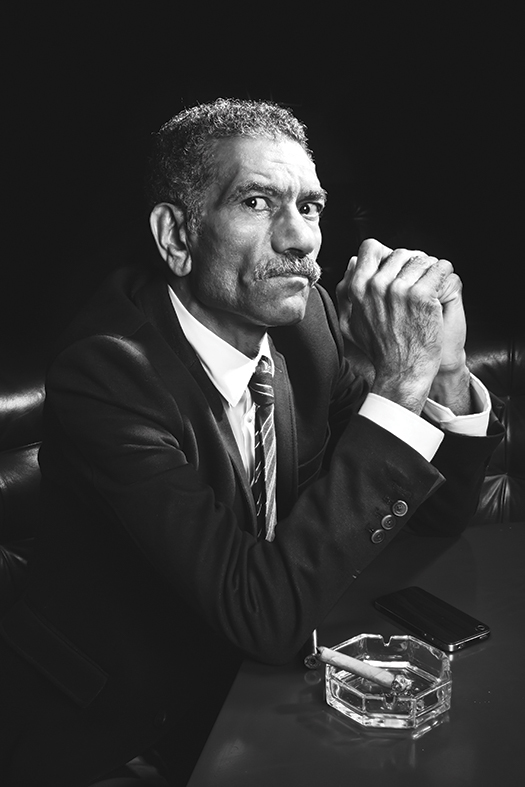 How do you evaluate your participation in the Gouna Festival?

Organisation, management, and selected films were all excellent. I was happy with the Italian film. The festival is a good chance to view international cinema, exchange expertise, which would reflect on Arab and Egyptian cinema, and boost cooperation between artists around the world. By time, maybe we can even compete with international festivals.

When will we see you in international cinema?

I worked in a French film called “Dawn of the World” with an Iraqi-French director a few years ago. Gharabeeb Soud (Black Grows) was also a different Arab experience. I am waiting for a special role or an opportunity that deserves the adventure.

Hitler was positively and successfully received, why did you choose it, and was it difficult?

Hitler is a new and distinctive character which attracted me because of the constant conflict between good and evil. I love diversity in my work. The character was different from my other roles, and it was the first time to play the Upper Egyptian man. Part of the reason why I agreed to play it was the producer: El-Adl Group.

Apart from the character of Hitler, any character performed by an artist needs to be studied to understand its dimensions. It also needs preparation and reading to learn all its aspects. We all need to work hard to give the audience a believable performance.

Were you not surprised by Hitler’s name, which is almost non-existent in Egypt?

This is wrong information. This name does exist in Egypt, but it is rare. Recently I met someone who wanted to take a picture with me. He told me that he loved me very much as the name of the character is the same as his nephew in Upper Egypt. The name was more common in several shows following World War II, and became a title for a lot of people, like Gamal Abdel Nasser, for example.

In the series, it is a description of the character not just a name. The character portrays sadism, Nazism, fascism and violence.

Did you find difficulty with the Upper Egypt dialect?

Of course not. Everything is easier with effort for us as actors, on the level of character, acting, or dialect. As long as you can see and hear the dialect and follow the instructions, your performance will be good. I hope audiences liked my performance.

After Nesr El-Saeed some people thought you have Upper Egyptian roots?

I was born in Cairo, my father was born in Alexandria, and my grandfather is from Upper Egypt. I am Egyptian, but I consider myself to be a Cairean because I lived my whole life here. 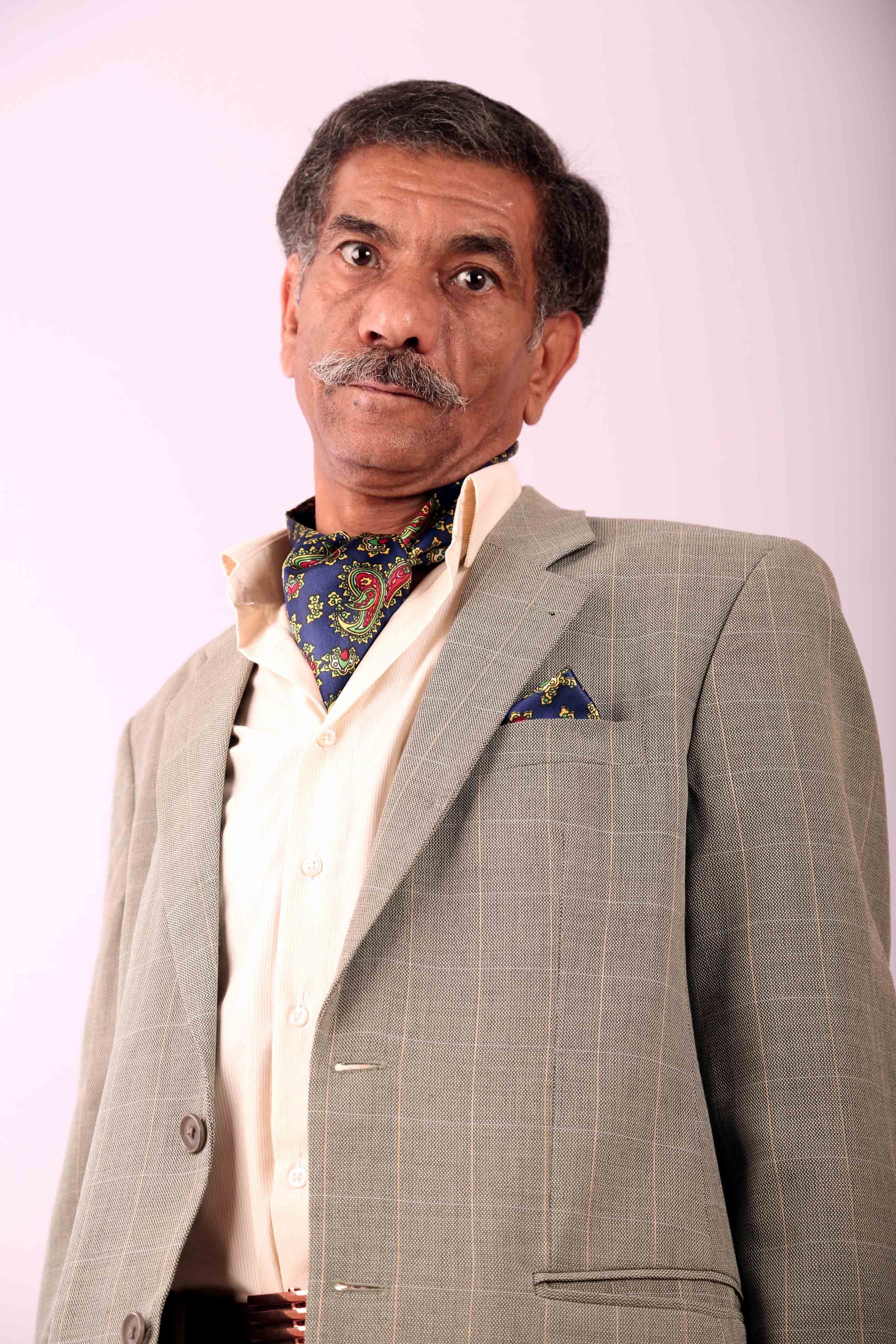 You have been associated with many works of Mohamed Ramadan. How do you see him?

Mohamed Ramadan is diligent and talented. Our relationship is only a business one, and I enjoy working with him as he is dedicated to his efforts. I worked with him four times in total. We always agree and meet, as well as exchange views that concern work.

How do you view the success of Abu Al Arousa series, and what about its second part?

It is a social work and it is important for Egyptian families. It deals with issues that everyone suffers from, as well as the romantic situations witnessed by the events.

I am happy with my role in this series, because it revived my performance after I was limited to the evil character roles, which audiences now believe so much.

I took off the evil mantle, and in its place wore a new mantle in this series. I did not expect the public to accept my role as a good and simple man, suffering like millions of Egyptians trying to live their daily lives.

Why did you refuse to participate in the White House series?

The schedule conflicted with the second part of “Abu Al Arousa”, and also because the two series are considered long social series, and will be playing at the same time, so I could not work in both of them. In 2013, I appeared in several works at once, but I decided not to repeat that again.

Why did you appear in advertisement?

Of course, it was beneficial. For me, it was a chance to rap. There is also the financial side, as well as working with new directors and exploring more characters.

What character do you think is closest to the real you?

This is a difficult question, because I leave my mark on all my characters. Every character I represent is part of my personality.

If we went to your primary home, theatre, what does it mean to you?

Theatre is my first teacher, which gave me the drive to work in cinema and television drama.

How do you see our theatres now?

I am unsatisfied about the current condition. I hope it improves. We should not leave this to artists, as they see the quality of the theatre through the audience. When a new play appears, and people go watch it, some talk about the revival of theatre in the play, which is unrealistic.

If this is the real theatre, I hope it never recovers. Theatre has left Egypt 30 years ago. We should follow the theatre abroad and learn the techniques and technologies it uses, and how it impacts people and we should try to imitate it here.

Who is responsible for the theatre’s decline?

The theatre crisis is primarily the responsibility of the state, not the producers, because the producer in the end is only looking to profit. They call this weekly play theatre, as audiences attend and producers benefit. But real theatre needs a future vision in its form and impact on reality and as an economic subject that can benefit the state. But I do not know what they want.

Have you been saddened by your work in experimental theatre for years getting famous?

I did not feel sad at participating in experimental theatre at all, as I learned a lot. I still work in theatre. Most recently, I participated in a play called “Last Supper” with director Ahmed Attar, and it was shown at the theatre of the American University in downtown, Italy, France, Germany, Singapore, and Belgium. I will soon travel to participate in another play. A real actor never stops learning and awaits a role that can give him an Oscar.

Why have you written any films after El-Shawq?

I wrote mini scripts and trained in writing then wrote this film. I took it to many workshops and acted in the film. I did consider trying this again, but, honestly, I am a lazy person. Even though I have good ideas, my time does not let me follow through with them, which is just an excuse to justify my laziness.

Have you left politics forever?

I think so. After two times in prison, during which I was tortured in the era of Mubarak, I decided to leave. Combining politics and art is very difficult. However, I still follow political events and have my own point of view. Politics, to me, is a duty, not love.