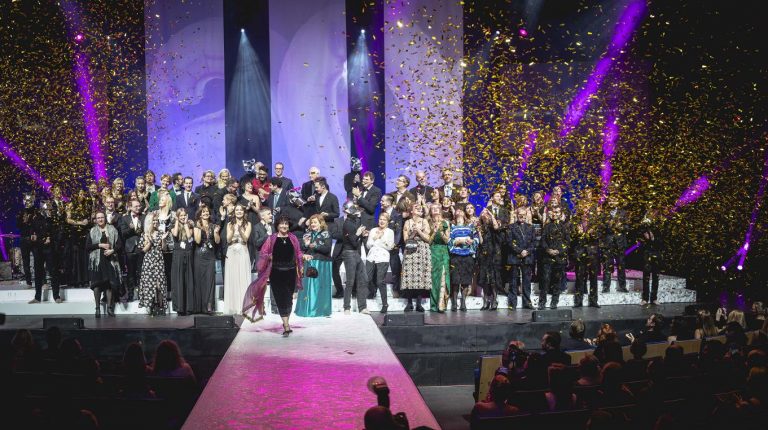 Driven by Estonia’s 100th anniversary celebrations, the Tallinn Black Nights Film Festival will focus on 12 countries that are celebrating their centenary this year, offering a rich retrospective with films made between 1958-1977.

Europe’s map was radically changed at the end of the 1st World War, dissolving empires and creating new small nation states. Although many of them soon lost their newly gained independence, mostly to the expanding Soviet Union, still 1918 can be considered as a certain zero point in their history.

To commemorate that, Black Nights will screen films from 12 countries: Estonia, Latvia, Lithuania, Ukraine, Poland, Czech Republic, Slovakia, Romania, Hungary, Georgia, Austria and Iceland. All of them are films that have gained a significance in their country of origin, often due to having been made in unfavourable socio-political circumstances. All the films will be introduced by archive experts from their respective countries.

Most of the films have been made during the turbulent 1960s when a new wave appeared in film, rebelling against older conventions and expressing stronger criticism towards their contemporary world and the past. Some of these films landed straight on the archive shelves, and only became available to the general public years later.

One of the emblematic works here is Madness (1969) by the Estonian director Kaljo Kiisk, a modernist film which had anti-totalitarian messages hidden between the lines, and had its distribution both inside and outside the Soviet Union severely restricted. While not officially forbidden, the film had several scenes cut and only nine copies were made, which the director could distribute only by personally travelling outside the country and organising the screenings himself. The film was also given a forbidden screening at the Venice film festival, where it was invited, a first ever for a Soviet Estonian film.

Also stuck between the wheels of political censure was Four White Shirts (1967) by Latvian director Rolands Kalniņš, a musical drama capturing the rebellious spirit of youth that was shelved for over 20 years. The film stars Uldis Pūcītis, who also played the lead role of inspector Glebski in the Estonian sci-fi classic Dead Mountaineer’s Hotel (1979). The Witness (1969) by director Péter Bacsó made it to the screens in Hungary only at the beginning of 1980s, after having screened at the Cannes film festival.

The programme also includes classics like Sergei Parajanov’s Shadows of Forgotten Ancestors (Ukraine) that won the special jury prize and grand critics award in Mar del Plata film festival in 1965 and The Beauty by Arunas Zebriunas, one of the first films in the country to offer a child’s perspective on the world, which just screened for the first time outside of Lithuanian cinemas, being shown in multiple French cinemas this August.

The ticket sale for the focus programme will begin on the 9th of November.