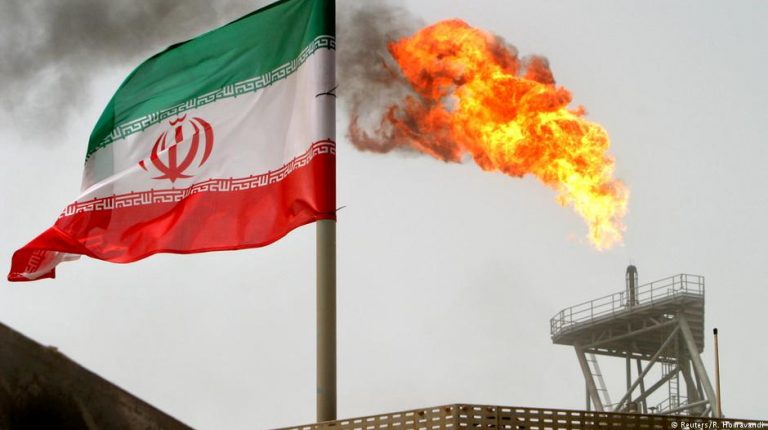 Iran has vowed to skirt US sanctions and keep exporting oil. The US goal of cutting Iranian oil exports to zero is already being rolled back by reality.Iran stood defiant against the reimposition of US sanctions on Monday as President Hassan Rouhani vowed to keep selling oil during what he described as a "war situation."

"America wanted to cut to zero Iran's oil sales … but we will continue to sell our oil … to break sanctions," Rouhani said in comments broadcast on state television.

They come at a time when Iran's economy and currency is reeling from US President Donald Trump's "maximum pressure" policy following the unilateral withdrawal of the United States from the 2015 international nuclear accord in May and a first tranche of sanctions in August.

Rouhani described his country as preparing to buckle down under assault.

"We are in the economic war situation. We are confronting a bullying enemy. We have to stand to win," he said. "Today the enemy (the United States) is targeting our economy … the main target of sanctions is our people."

The United States has said it wants to reduce Iranian exports to zero barrels and would sanction countries and companies that buy Iran's oil. But the Trump administration has toned down that demand to avoid hurting ally economies and unsettling oil markets by taking OPEC's third-largest oil producer out of the market.

Read more: What is the Iran nuclear deal?

However, it is unclear if, and how fast, Riyadh can pump spare capacity to fill any gap left by Iranian crude. Tight markets and risk to supply in major oil producers like Libya, Nigeria and Venezuela raise the stakes. Rising oil prices also threaten to hamper global economic growth and hit consumers at the pump.

Secretary of State Mike Pompeo is expected to announce eight countries on Monday that will be granted temporary waivers from the oil-related sanctions. They are likely to include major buyers of Iranian energy such as Turkey, South Korea, India, Japan and Italy.

Iran's exports have already dropped by more than 1 million barrels per day since May, as some buyers remained cautious and sought to appease the United States.

However, Iran has years of sanctions-busting experience and is already turning off tanker signals and storing oil in offshore tankers. It has also started selling discounted oil to private buyers on a domestic exchange.

To keep the nuclear deal afloat, the EU, China and Russia are scrambling to roll out a special purpose vehicle to process transactions and oil purchases from Iran.