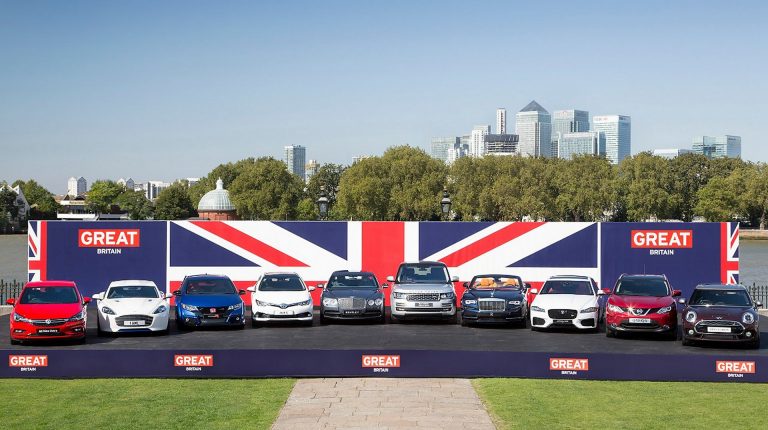 The UK automotive industry is currently talking about Britain’s exit from the EU, and its impact on future car sales, which represent investments worth £82bn, and accounts for 13% of its exports.

The UK is due to leave the EU on 29 March 2019. Negotiations on the conditions for Britain’s exit from the EU have been ongoing since last summer and have yet to culminate. The British media have recently attributed this delay to the conflicting interests and demands of the two teams.

The UK automotive industry warns from the terrible consequences of the Brexit, which entails a referendum on the UK’s membership of the EU. The UK membership in the EU has long been controversial since its accession to the Common Market, as it was then known, in 1973.

Experts believe in international law that there are at least several reasons for holding the referendum, one of which is an anarchist approach followed by May and parliament on the exit package from the EU, leading to fierce competition.

The UK and the EU before the end of October, should resolve three important issues that would allow for Brexit: to comply with the interests of the parties; to complete the agreement on withdrawal from the EU, to resolve the border problem with Ireland, and to formulate future relations between the parties.

Investment in the UK automotive industry also declined because of concerns about Brexit. The Association of Automobile Manufacturers and Traders said investment in new models, equipment and facilities in the UK was £347m ($460m) in the first half of this year compared to £647m ($860m) during the same period last year.

An industry professor at Aston University said that loss of easy access to our largest market and parts suppliers could stop the strong growth of the British automotive industry from a record 1.92m cars in 1972 which dropped to 1.7m and 2.7m engines last year. “This is partially thanks to Nissan, and Jaguar Land Rover, the largest manufacturers in the Kingdom so far,” he added.

He said the kingdom was in real danger, and would see a sharp decline, and auto production could not be guaranteed in the same vein. Jobs in Vauxhall Motors, Jaguar Land Rover, and Nissan have already been lost due to lower sales of diesel cars, and unrest due to environmental controls set by parliament.

Britain’s exit from the EU is a concern for Jaguar Land Rover, which will cost the company over £1.2bn of lost profits per year and lead to heavy job losses, so its manager said earlier that if things continue, the company will have to close its factories in the UK.

Only a few days ago, Jaguar Land Rover opened the first ever developed factory in the Nitra region of Slovakia at a cost of €1.4bn ($1.6bn), to become the first British automaker to open a factory in Slovakia after four years of planning.

The new investment in Nitra is the latest step in the company’s global expansion strategy, following the opening of its joint venture in China in 2014; its Brazil plant in 2016; manufacturing contracts in India since 2011, and Austria in 2017.

The new Jaguar Land Rover factory employs around 1,500 people, 98% of whom are Slovak citizens, and 30% of the workforce are women. The company will launch the second phase of the recruitment process in November for 850 new employees. All employees of the new factory had to undergo a 12-week training programme in the company’s first academy outside the UK, which was worth €7.5m ($8.57m).

CEO of Toyota Global, Akio Toyoda, warned of the potential impact of Britain’s withdrawal from the EU on the Japanese auto industry, saying that the implications should be avoided at any cost.

In a statement issued by the Japan Automobile Manufacturers Association (JAMA), Toyoda said that not imposing any tariffs or delays due to the passage of car parts between Britain and the EU is vital to the country’s auto industry, along with Toyota.

Toyoda said Japan’s auto industry was a ‘stakeholder’ in the UK and the EU auto industry because of its contributions to the economy in the region. He noted that JAMA members have 14 factories and 17 research and design centres across the EU, which produced 1.5m cars and secured 170,00 jobs.

He noted that it is necessary to maintain an unbalanced trade environment between the UK and the EU, and that the activities of the automotive industry remain based on common standards.

Failure to reach an agreement would adversely affect both companies and consumers because of the effects of outstanding production activities caused by the failure of logistics operations in a timely manner, lower revenue, adjusted vehicle sales prices caused by the escalating costs of logistics and production, he added.

BMW, which manufactures Mini near Oxford, also warned of the matter. Stephan Freismuth, the company’s customs manager, said that BMW is doing its utmost to commit itself to the timely delivery of cars, but it will definitely stop at some point because of the current crisis.

The company confirmed that it is still committed to manufacturing operations in Britain, but delayed arrival of the parts will affect delayed delivery of cars, which is caused primarily due to the intransigence of customs.