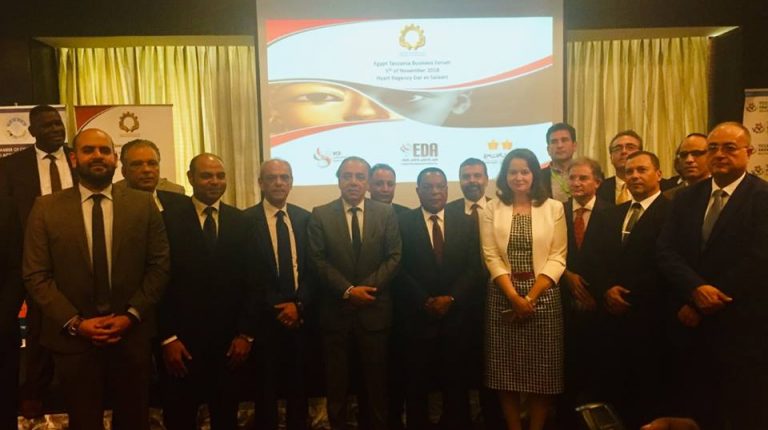 The signing was done during the FEI’s Business Forum in Tanzania. Noteworthy, a delegation from the FEI, is visiting Tanzania from 4 to 11 November, aiming to promote Egyptian industries in the Tanzanian market.

Tanzanian Foreign Minister, Augustin Mahiga, emphasised the depth of Egyptian-Tanzanian relations and sent a message to Tanzanian companies about the importance and necessity of taking advantage of Egyptian experiences in the field of agriculture, industry and tourism because the Egyptians have long experience in these areas.

According to a press statement from the Ministry of Foreign affairs, the delegation is headed by Sherif El-Gabaly, chairperson of Cooperation with Africa Committee at the FEI, and it includes the participation of 30 members representing 24 Egyptian companies from various economic sectors.

The opening session of the forum dealt with the positive impact of President Abdel Fatah Al-Sisi’s visit to Dar el Salaam in August 2017, to enhance bilateral relations between Egypt and Tanzania in various fields.

During the forum, the two sides pointed out to the need to increase the volume of trade exchange between both countries.