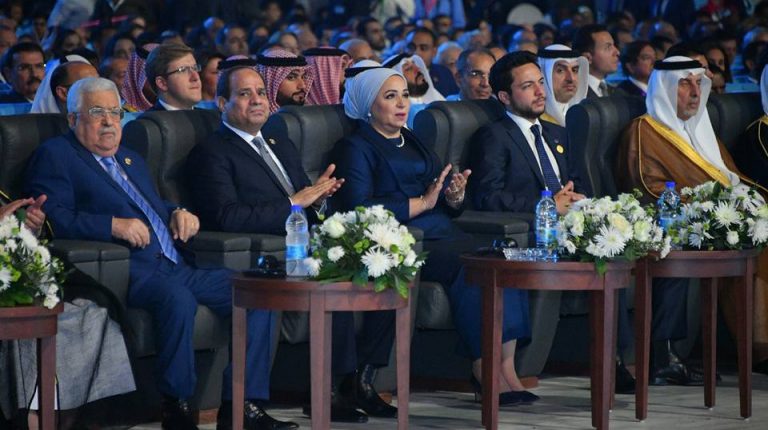 President Abdel Fattah Al-Sisi declared on Tuesday, Aswan as a capital of African youth in 2019. He said also that the African-Arab Youth Forum will be held in the city to discuss major issues that face Arab and African youth.

During his speech in the final session of the second edition of World Youth Forum (WYF) that was held in Sharm El-Sheikh, the president proclaimed the Sharm El-Sheikh declaration as an official document which Egypt will apply to the Arab League and the African Union.

The Sharm El-Sheikh declaration for the African-Arab integration is the outcome of the simulated Arab-African summit.

The president also announced that Egypt adopt the principle which says that preserving life and countering terrorism and its direct and indirect impacts, is a human right. Furthermore, he ordered the formation of a mutual working group from the international and Egyptian participants of the WYF, to provide support for terrorism victims.

Also, the president announced the creation of a research group under the supervision of the WYF’s administration, to study the advantages and disadvantages of the excessive use of social media. The group will set a strategy for increasing benefits from social media and decreasing its negative impacts.

The sixth recommendation which Al-Sisi announced was an order of the state’s institutions to coordinate with the forum’s administration in order to conduct an advertising campaign to spread awareness among the youth about the importance of water security.

Furthermore, Al-Sisi announced the launch of an international initiative to train 10,000 Egyptian and African youth as game and computer application developers within the coming three years, in addition to establishing 100 specialised companies in that field in Egypt and Africa.

He also directed the state’s institutions to work on establishing a regional centre for entrepreneurship in Egypt to provide the needed support for start-ups in Egypt and the region.

The eighth recommendation was to create a committee to manage mankind’s commemoration in Sharm El-Sheikh, and transferring the commemoration to an international institution which aims to protect mankind’s principles and support victims of violence and terrorism.

Al-Sisi further ordered the cabinet to create a committee from ministries of social solidarity and foreign affairs and the concerned institutions, in order to put a new proposal to modify the law of  non-governmental organisations.