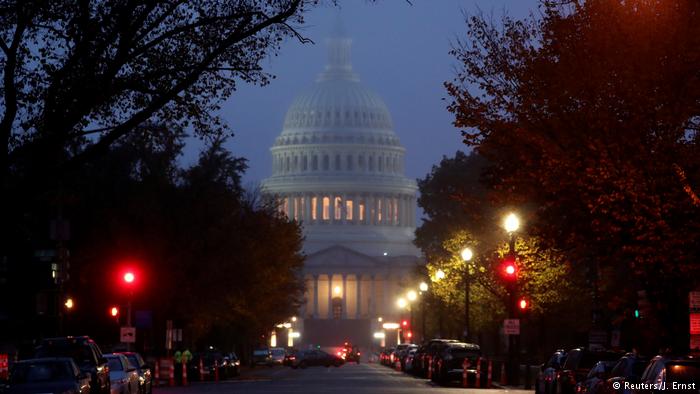 Democrats have won control of the House of Representatives, while Republicans have been successful in expanding their hold on the Senate. The results will lead to a divided Congress and could complicate Trump’s legislative agenda.

Tuesday’s midterm elections in the US saw mixed results for the two chambers of the US Congress, in the first major electoral test of Donald Trump’s presidency.

Out of the 435 seats in the House, Democrats secured at least 218 seats, giving them the majority in the lower chamber, with several races still undecided. In the 100-member Senate, Republicans secured a majority with 51 seats, with final results still coming in.

Democrats said they will use their position in the House to put ‘checks and balances’ on Trump’s agenda, but said they would be willing to work with Republicans to find bipartisan solutions.

“A Democratic Congress will work for solutions that bring us together because we have all had enough of division,” said Nancy Pelosi, the Democrat leader in the House.

Using subpoenas, they will be able to seek access to Trump’s long sought-after tax returns, as well as more aggressively probe Russian interference in the 2016 presidential election — and whether there was collusion with Trump’s campaign.

Republicans will no longer be able to pass legislation without help from the Democrats, meaning an end to any plans to easily push through conservative bills.