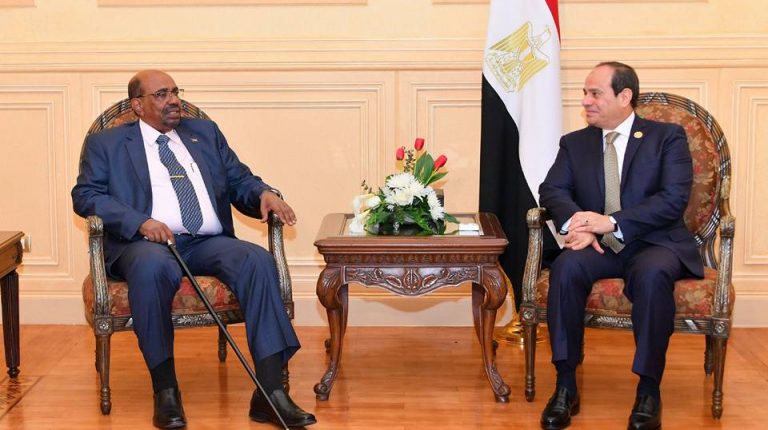 According to Egyptian presidency spokesperson Bassam Rady, Al-Sisi reiterated the importance of cooperation between both countries and the “strong and sincere desire to strengthen bilateral relations at various levels in a way that bolsters the historic ties between the two brotherly people.”

The statement said that the discussion expressed the intentness of Egypt to coordinate stances with Sudan, praising the positive results of the meeting of the Egyptian-Sudanese Presidential Committee recently held in Khartoum.

Sudan previously described Al-Sisi’s visit to Khartoum as historic, saying that his country is keen on upgrading its ties with Egypt towards strategic relations in all fields after “wasting years on other issues.” Sudan is currently studying connecting railways in both countries, as well as removing all obstacles in path of individuals and goods.

The Egyptian-Sudanese relations witnessed a rapprochement after months of troubled relations over several issues, including the the Halayeb and Shalateen triangle, and Sudan allegedly hosting members of the banned Muslim Brotherhood organisation, along with the media spat following Sudan’s allowance of Turkey to develop the Swaken Island in the Red Sea.