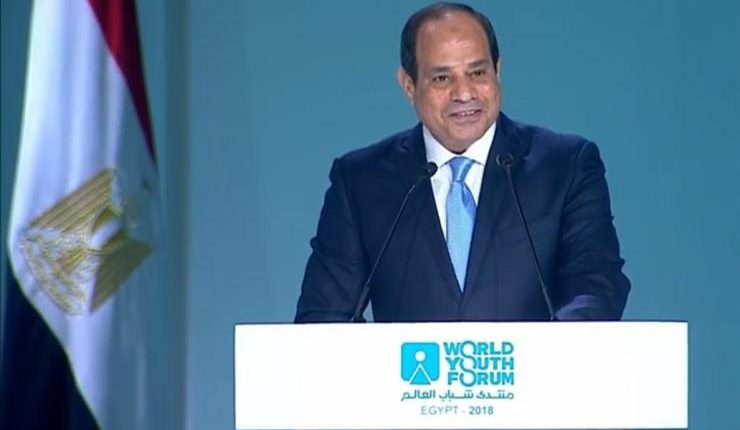 As the state-sponsored World Youth Forum held in Sharm El-Sheikh came to an end, a focus on questions asked by attendees throughout the event to President Abdel Fattah Al-Sisi and his answers to them topped op-eds in Wednesday’s newspapers.

In state-owned media Al-Ahram, each writer picked up a topic. Salah Montasser chose the question on Saudi journalist Jamal Khashoggi’s murder, to which Al-Sisi responded by warning from jumping to conclusions as long as official investigations are in process.

Al-Ahram’s Makram Mohamed Ahmed described questions addressed to Al-Sisi as “tough,” praising the president’s “honesty and transparency.” Ahmed dedicated most of his piece to the WYF session on Africa, and plans of flourishing the continent under Egypt’s upcoming presidency of the African Union.

For Al-Ahram’s Ahmed Abdel Tawab, Al-Sisi’s most important statements were those reinforcing religious freedoms, in the writer’s opinion. However, he pointed out that freedom of belief is not guaranteed by some constitutional articles, including one which only recognises the rights of Abrahamic religions and another which placed Al-Azhar as the reference for Islamic affairs, which Abdel Tawab argued gave the institution’s men authority to have larger interference with religious matters.

This came as Karam Gabr in state daily Al-Akhbar selected Al-Sisi’s expression “national suicide,” which the writer considered a description of a “catastrophic situation” of Arabic countries after the “Arab hell revolutions” – in reference to the Arab Spring. He highlighted the different wars in the region between traditional armies and terrorist groups, concluding that national affiliation should be highly promoted in Egypt.

In the private Al-Youm Al-Sabea newspaper, Hazem Salah El-Din focused on Al-Sisi’s talk about social media’s negative effects. The writer said the most dangerous side of social media misuse was the spread of rumours, and how the technological development became a weapon used against the country, and a communication platform for planning terrorist operations.

For his part, Emad El-Din Hussein, editor-in-chief of the privately-owned Al-Shorouk emphasised the question on the NGOs law, in a piece where he argued that a woman’s question to Al-Sisi on reconsidering the law succeeded in what foreign governments and local politicians failed to do.