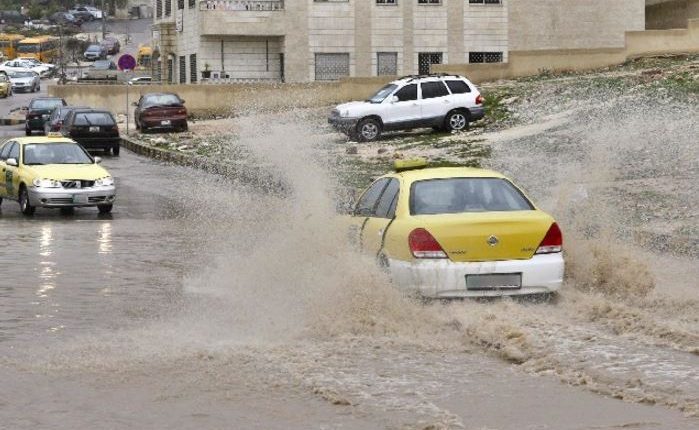 The Gulf region and Jordan witnessed a wave of bad weather which included heavy rain resulting in floods that drenched streets.

In Jordan, 10 people were killed due to the bad weather conditions, while Jordanian authorities evacuated over 3,700 tourists from Petra city on Friday, relocating them in safe areas.

Moreover, the authorities declared a state emergency in Al-Aqaba port on the Red Sea. The Jordanian authorities are still searching for five people who were submerged by torrents while were in a car.

Two weeks ago, 21 people including children were killed in floods in northern Jordan, in one of the worst weather conditions that the kingdom has witnessed in decades.

Meanwhile in Kuwait, an Egyptian man reportedly died on Friday following heavy rains which resulted in torrents that subsequently drowned him.

According to the Kuwaiti News Agency -KUNA, the Kuwait’s Minister of Public Works, Hussam Al-Roumi, has resigned amid the massive floods swelling throughout the country.

Kuwait authorities announced that the army and national guard joined the rescue operations, while the meteorological department of Kuwait’s Directorate General of Civil Aviation announced that the country has received 29.63 millimeters since Thursday evening, a significantly high amount for Kuwait in a 24-hour span, according to KUNA.

Anthony Ujah: Mainz makes the player and the man