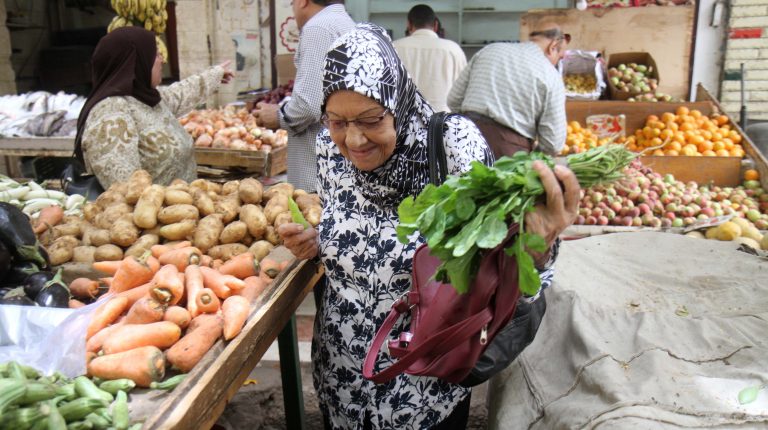 Egypt’s annual inflation declined to 17.5% year-over-year (y-o-y) in October, down from 31.8% in October 2017, the Central Agency for Public Mobilization and Statistics (CAPMAS) announced on Saturday.

However, the annual inflation increased compared to 15.4% in September and 13.6% in August 2018. It was the third consecutive month-over-month (m-o-m) rise in inflation.

The increase in CPI came as a result of the price hikes of vegetables by 13.2%, and by about 15.1% for education sector services, the report explained.

In July, the annual inflation dropped to 13%, down from 13.8% in June, affected by the decisions of increasing fuel prices by rates ranging between 17.4% and 66.7%.

The inflation witnessed a sharp increase in 2017 following harsh reform measures adopted by the government, including the pound flotation and cutting energy subsidies.

In July 2017, the inflation hit its peak of 34.2%, marking the highest record in nearly three years.

There was some decline in the inflation rate in the period from November 2017 to May 2018, but it increased again in June.

The Central Bank of Egypt (CBE) announced recently that it targets to decrease inflation to 10-16% in the fourth quarter (Q4) of 2018.

This month’s rise caused doubts in the Egyptian market over the CBE’s ability to achieve its targeted inflation rate.

Economic expert Rashad Abdo told Daily News Egypt on Saturday that he is not worried about the inflation rise, pointing out that it may decline in the next month to reach the CBE`s target, or record a slight increase.

Abdo said the country may face some difficulties in 2019 as the government intends to lift fuel subsides completely.

Lifting fuel subsides is part of the economic reform agenda supported by the IMF over an agreement to provide Egypt with $12bn loan. The reform programme was launched in November 2016, slashing a large part of fuel subsidies in 2017, resulting in a 60% surge in fuel prices.

In normal cases, lifting fuel subsides should positively affect fuel expenses bill in the state’s budget, however that did not happen due to fuel prices globally, Abdo stated.

“In line with the global petroleum price hike, Egypt will be forced to further cut the energy subsides in 2019, including fuel and electricity,” he added.

According to this scenario, he continued that all the goods prices will increase, which will consecutively affect the inflation rate likely to go beyond 17.5% in 2019.

“In that case, the CBE will be forced to increase the interest rate which will negatively affect investments,” he expected.

This year’s decline of interest rates was conducted over two times. The first was in mid-February and the second in late March, bringing interest rates to 16.75% for deposits and 17.75% for lending. In the last meeting for the CBE’s Monetary Policy Committee in September, it decided to keep the interest rates unchanged for the fourth time this year.

Abdo noted that he cannot predict the inflation rate in 2019, explaining that it depends on how far the government will decrease the energy subsidies.

UK wants to end austerity, but what exactly is it?