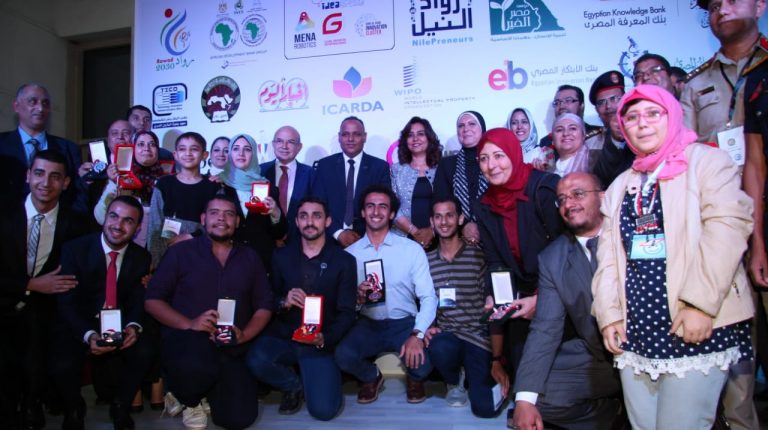 Nevine Gamea, chairperson of the Micro, Small and Medium Enterprises Development Agency (MSMEDA), has announced three winners in the competition held by the agency within the events of the fifth edition of the Cairo International Fair for Innovation which is organised by the Academy of Scientific Research.

According to Gamea, the winner of the best executable graduation project prize was Kamal El-dein Ga- mal, representing the work team of the Higher Technological Institute at 10th of Ramadan City, for manufacturing the first Egyptian boat to operate with solar energy with up to 14 operational hours.

fields, to develop or implement their projects, such as administrative or technical training, participating in exhibitions, contributing to creating the initial model of the product, in addition to financial services, indicated Gamea.

Caring for and supporting young people and innovators is the state’s top priority, and the agency seeks to contribute to directing this ambition by providing young people with all financial and non-financial support to

help them turn their projects into enterprises with an economic feasibility, stressed Gamea.

The fair aims to present the innovations of young Egyptian inventors and hold educational seminars to encourage young people to innovate, and cre- ate interest in activating technology in various economic and social fields.

For his part, Kamal Gamal El-dein, winner of the best executable graduation project prize, said that he dreams of establishing the first Egyptian, Arab Middle Eastern market to manufacture and recycle solar powered vehicles which operate with solar energy, to contribute to making Egypt a leader in that field.

Gamal received the best engineering graduation project prize in the Middle East in the Future Generation Competition held in Dubai in 2018.

The winner of the prize for the best start-up, Mohamed Mahmoud Al-Shaqafi, said that his real ambition is bringing back Egyptian industry and utilizing engineering processes in producing many industrial products in order to be able to develop, maintain, and save them for the business market at competitive prices instead of importing and regularly consuming them.

Nasser Abdelaziz, the winner of the prize for the best idea of a small project, said that the prize has given him hope in the possibility of turning his ideas into productive projects which

would benefit everyone, and save the country’s electric energy which gets wasted through the use of high consumption appliances, noting that his inventions will save 50% of electric energy consumed in household appliances. He also asked Egyptians to be proud Egyptian manufactured products.