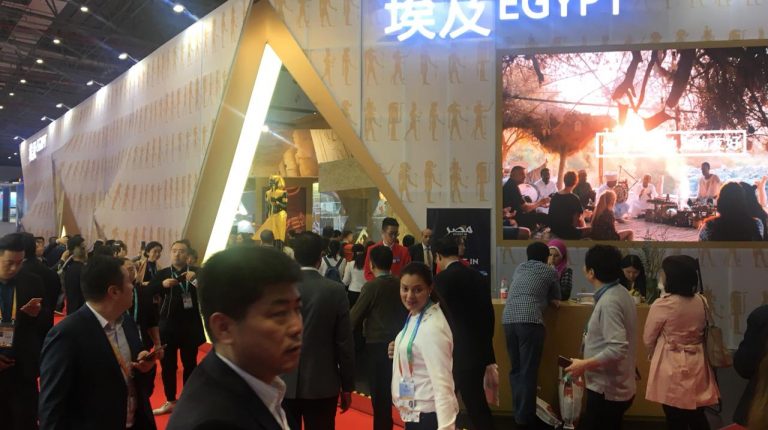 Shanghai- The Egyptian companies that participated in the first China International Import Expo, especially in the field of agricultural crops and food industries, succeeded in expanding new opportunities for export to the Chinese market through successful new partners, said Mohsin El Beltagy, head of the Horticultural Export Improvement Association (HEIA).

Thirty-eight Egyptian companies in the field of food, textile, and medical instruments participated in the first China International Import Expo, which took place in Shanghai, China, from 5 to 10 November, among 140 other countries seeking to enter the Chinese market.

“The Chinese market is promising and open to Egyptian products, especially after China imposed customs duties on US products. The exhibition saw a major presence of Egyptian companies in a bid to get a bigger share of the Chinese market and expand its exports,” El Beltagy said.

He revealed that the association is currently working with the Chinese side to complete the intitial export of Egyptian dates to China, to enable Egypt to become the first country to be allowed to export dates to China.

El Beltagy said the HEIA has cooperated with the Chinese side on this file for over 25 months and is expected to sign the agricultural protocol, which will allow Egypt to export dates in January.

The HEIA held a meeting with the Chinese Association of Fruit and Vegetable Importers in Beijing during the exhibition to study cooperation between the two sides, noting that oranges will be the second commodity that the HEIA exports to China.

Citrus, grapes, potatoes, pomegranates, and onions are all Egyptian products that are competitive and can enter the Egyptian market, El Beltagy said, referring to the current cooperation between the Egyptian and Chinese agricultural quarantine authorities, and the commercial office in Beijing, to facilitate the export of these products to the Chinese market.

“Global conditions are in Egypt’s interest and facilitate its mission to raid the Chinese market with the weight of the Egyptian products over other American and European products,” according to El Beltagy.

Mohamed Helal, CEO of Giza Fertilisers Manufacturing Co. (GIZATEC), the only fertiliser company invited to participate in the exhibition, said that the Chinese market is a large and promising market, but competition is high. Hence, quality and price factors are important in order to succeed in breaking into the market. He highlighted that the Egyptian products enjoy both factors.

“The Chinese market is much better than the European market for its size,” said Mohamed Al-Abaji, head of the Wadi El Nil for Agricultural Development Company, adding that the market is big with many consumers, given that Southeast Asia accounts for two-thirds of the world’s population.

“Being in the exhibition allowed us to find a large number of customers,” he adds, but soon continues, “competition is strong with the low value of the Turkish lira, giving them an edge.”

“But the competition is not easy and the prescription to access to this market requires Egyptian companies to be rigorous and maintain high quality, and I think we succeeded in this task,” said Al-Abaji.