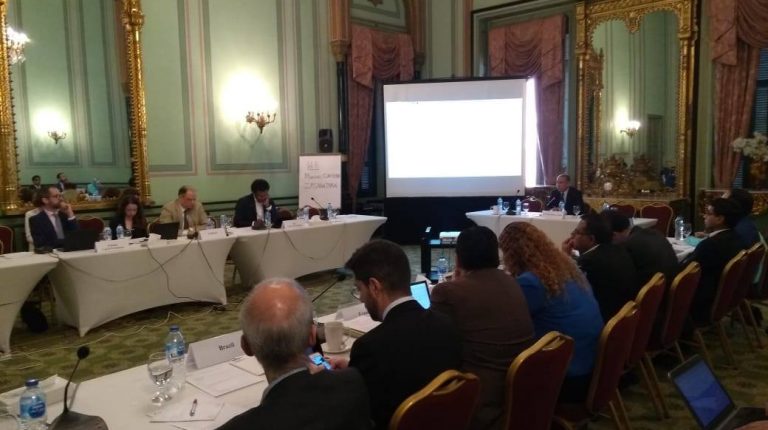 Egypt hosted on Friday and Sunday, the coordinative meeting for the main negotiators for the Group of 77 and China, regarding climate change. The meeting brought together heads of the geographic groups and senior negotiators, as well as representatives from China and Brazil.

Ambassador Wael Abou Al-Majd, director of the Environment and Sustainable Development Administration at the Ministry of Foreign Affairs, presided over the meeting, as he is the President of the Group of 77 negotiators during the climate change negotiations.

The meeting is the first of its kind for the Group of 77 and China regarding climate change.

During the meeting that was held jointly between ministries of foreign affairs and environment, the Minister of Environment, Yasmine Fouad, reviewed Egypt’s position in the negotiations, as well as its efforts for expressing the positions of developing countries, particularly regarding the demands of providing more funds and technical support, and building capabilities of those countries in order to enable it to play its role in combating climate change, and limiting its negative impacts.

The COP 24 will discuss the implementation of the Paris Agreement regarding climate change and decreasing CO2 levels to pre-industrial levels,

Egypt is set to host the 14th meeting of the COP 14 which will be held in Sharm El-Sheikh, on 17 to 29 November 2018. The conference also comes during the occasion of the 25th anniversary of the signing the Convention on Biological Diversity. The COP14 occurs under the ‘Investing in biodiversity for people and planet’ theme.