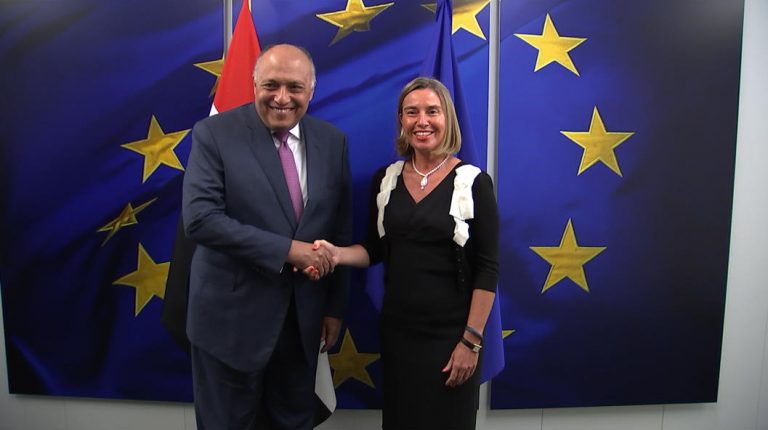 Egypt’s Foreign Minister, Sameh Shoukry, and the High Representative of the Union for Foreign Affairs and Security Policy Federica Mogherini, will co-chair in December the upcoming Egypt-EU Partnership Council meeting.

This came in correspondence to a joint statement distributed in Cairo by the EU Commission on Saturday,

The sixth meeting of the partnership commission were held in Cairo during the past two days under the co-chairmanship of the ambassador of the Egyptian Foreign Ministry, Raouf Saad, and the Director of the Middle East, and North Africa Department in the EU, Colin Scicluna.

During their meeting, the diplomats discussed means of implementing partnership priorities from 2017-2020 and the development of cooperation between both sides since the convocation of the last session in 2016.

They further discussed the Middle East peace process and issues in Syria, Libya and Yemen, and reviewed the outcome of the meetings of the sub-committees, which included enhancing cooperation in the political, economic, and social domains, along with the fields of human rights, security, energy, and fighting illegal migration, the statement said.

The two sides also voiced contentment over a decision that was adopted by the Egyptian government, cancelling customs duties on European-imported vehicles as of January 1st next year, the statement concluded.