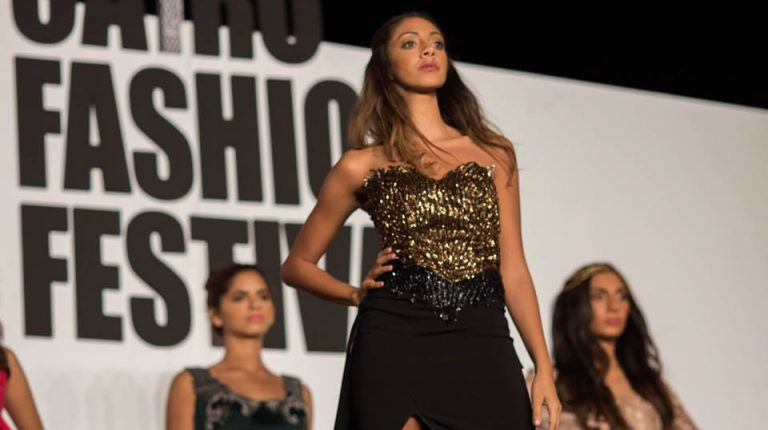 After a number of opulent runway shows and quirky fashion presentations, the country’s biggest fashion event has celebrated their 10th season on the 25th of October! In time for the remarkable milestone, the team behind the Cairo Fashion Festival (CFF) organised their most memorable season to date. Between a fashion installation, several all-star runway shows, and entertaining presentations, the guests once again experienced local fashion during a memorable night. 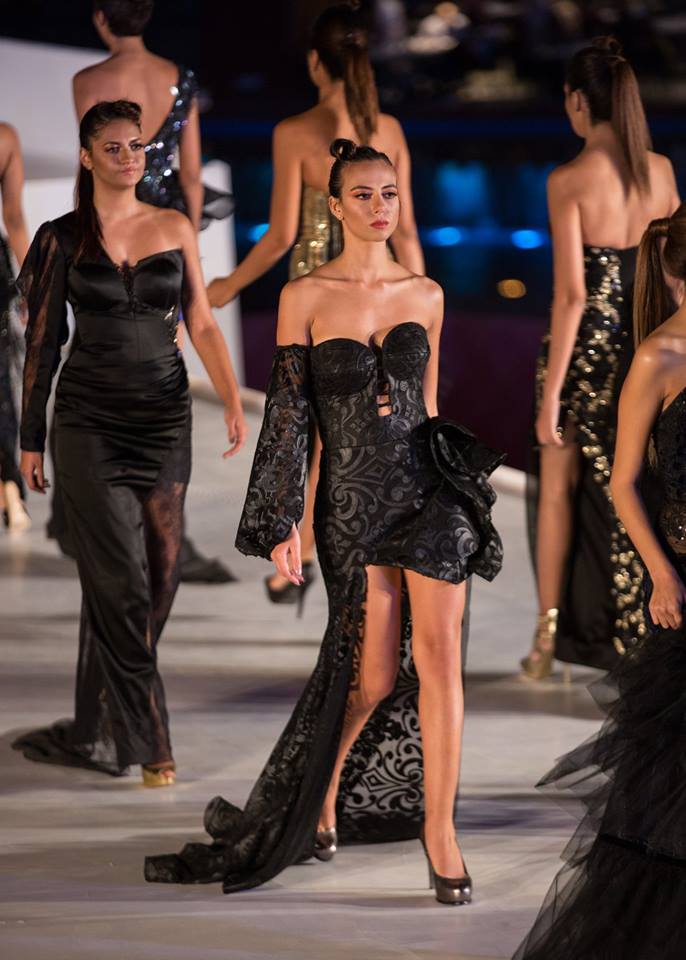 “This season is dedicated to all the things we have achieved through the CFF. Meanwhile, it is an opportunity to visit our most memorable events. Therefore, it was only fitting that we celebrate with the country’s top designers, who originally started their career with us,” said Omar Madkour, the CFF’s proud founder.

After putting on their meticulously thought-through red-carpet outfits, the country’s top fashion aficionados, bloggers, VIPs, celebrities, and media representatives were welcomed with a fashion installation featuring the work of over 30 local designers. While some names have already walked the runways of previous seasons, others were brought to the mix to throw a real fashion fiesta—in the most Egyptian way possible.

With the mannequins placed on colourful blocks, the dresses grabbed the most attention and a stream of camera flashes during the entire event. Designers included Vivian Moawad, Bardees, Pacinthe Radwan, Amanda Kamkam, Abayology, Samy Designs, Nesma Helmy, Mona Selim, and Ahmed Nabil among others.

After such a grand entrance, up and coming talents got their share of attention with a choreographed fashion presentation. The elevated stage witnessed the debut designs of many fashion students. Represented by Career Gates, the young talents offered a diversified take on the FW18-19 trends. With daring cuts and surprising fabrics, the show garnered multiple positive cheers.

Meanwhile, Donia Ashry Studio and Laila Eid also presented two memorable collections. While Ashry favoured a modern minimalistic approach, Eid chose a variety of bold colours and classic cuts. Nonetheless, the most long-awaited presentation was courtesy of menswear designer Moaaz El Behery. After a long hiatus, the designer brought back his contemporary approach to the CFF. His designs addressed millennial gentlemen, who are uninterested to follow in the footsteps of previous generations. 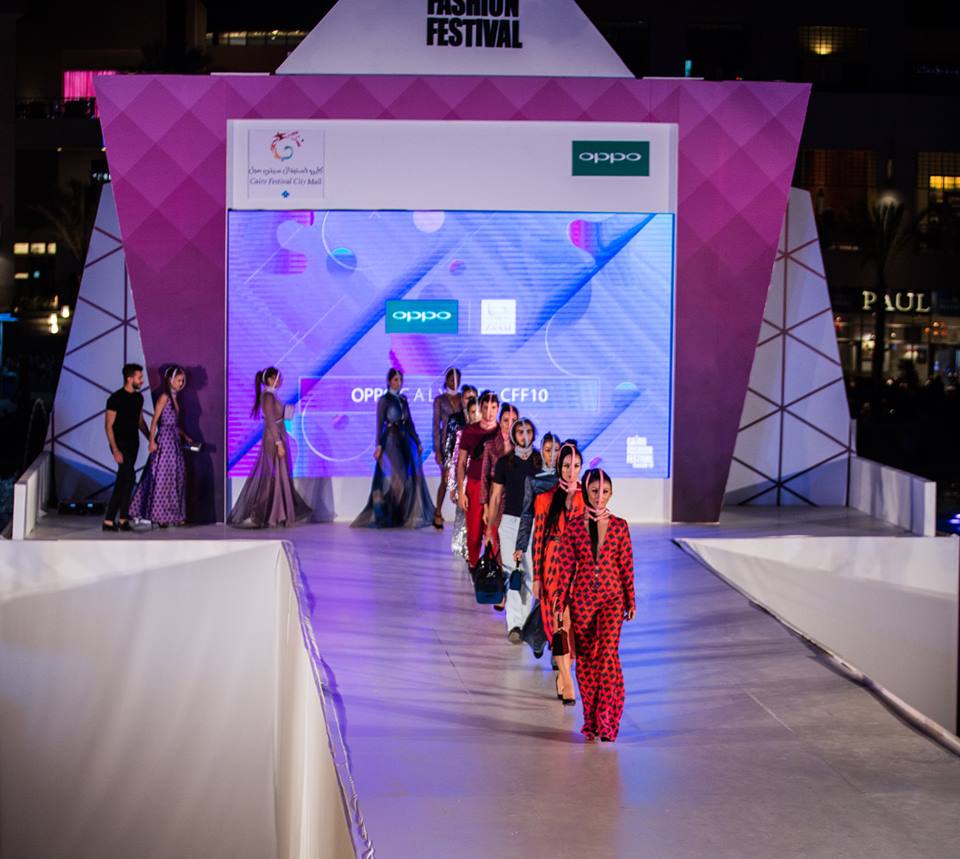 That being said, all eyes were now directed on the runway, where the festival’s biggest stars showcased their latest collections. Names such as Bardees, Maison PB, and Malak El Ezzawy made an unmistakable comeback to their original Launchpad. As Bardees once again stood out due to her eye for colour, Maison PB went for a primary colour pallet with mesmerising handmade embellishments.

On the other hand, El Ezzawy offered a fresh take on tomorrow’s classics. Furthermore, Vivian Moawad remained loyal to her feminine aesthetics. Confidence depicted her collection in black and gold, while her hemlines embraced edginess.

As part of the night’s many surprises, Oppo joined forces with Zaam Designs to incorporate technology with design. Ahmed Azaam utilised his creative talents to develop a limited-edition collection as vibrant as the company’s new mobile phone. Inspired by the gadget’s rainbow of gradient colours, the designer presented a capsule collection of ready-to-wear garments and bags. With avant-garde head pieces and colour-blocked ensembles, the outcome blurred the lines between the two industries.

Meanwhile, the grand finale embodied the event’s main purpose and continuous quest. Farida Temraz made an exceptional comeback to the CFF with a daring collection, entitled Femme Formidable. The collection left the audience in awe as each dress made a statement on its own. Between bold black, royal blue, luxurious purple, the designer occupied centre stage.