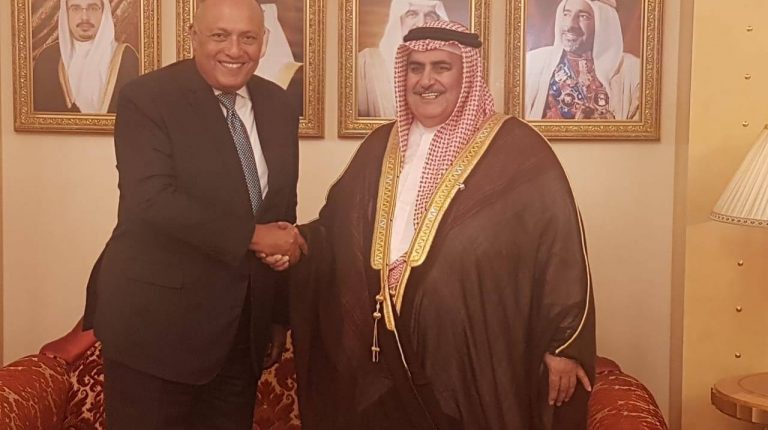 They also asserted the importance of countering regional interventions in Arab affairs. Shoukry headed to Bahrain on Saturday to attend the meeting of the 10th round of Egyptian-Bahraini mutual committee.

Shoukry also met with his Bahraini counterpart Khalid bin Ahmed Al-Khalifa, according to a statement from the foreign ministry spokesperson Ahmed Hafez.

Hafez said that Shoukry praised Bahraini efforts for boosting Arab cohesion and mutual work, as well as supporting Egypt in all levels.

For his part, the Bahraini minister praised the strong ties connecting both countries, stressing his country’s keenness on boosting bilateral relations with Egypt in all fields.

According to the statement, discussions between the two ministers addressed means of boosting bilateral cooperation. They also discussed the outcomes of the former round of the committee which was held in April 2016.